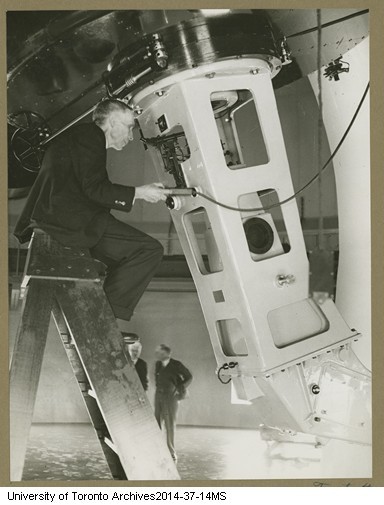 Establishment of the Dunlap Observatory

In 1920 Chant became the Universityof Toronto's first professor of astronomy.  His tireless effort, begun in 1921, resulted in the construction of the David Dunlap Observatory.  It opened in 1925 on Chant's 70th birthday, and closed in 2008, encroaching light pollution having long rendered it unsuitable for research purposes.  At the time of its inauguration, the observatory housed the second largest telescope in the world, measuring 1.88 meters across.  Known at the 'Father of Canadian astronomy', a moon crater and an asteroid were named after him.