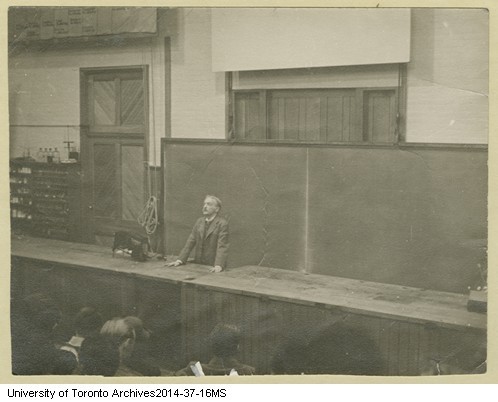 Lash Miller joined the University of Toronto as a lecturer in Chemistry in 1891.  In 1921 he became the first Canadian to be head of a chemistry department at a Canadian university.  He was known for using the theoretical chemical thermodynamics of Willard Gibbs and demonstrating that the electrode potentials of several fusible metals at the melting points were the same whether the metals were solid or liquid.  He also proved a controversial figure for his refusal to use or teach the atomic and molecular theories that formed the mainstream of 20th-century chemical thinking.

The Lash Miller Chemical Laboratories building is named after him.