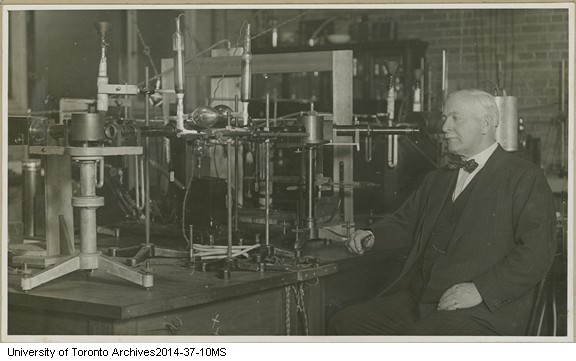 Order of the British Empire

In 1900 McLennan received the first doctorate in physics granted by the University of Toronto.  By 1902 he had reached the rank of Associate Professor and was joined in the Physics Department by Eli Franklin Burton.  During World War I he was scientific advisor to the British Admiralty.  McLennan was a prolific researcher, with interests that included radioactivity in metals, gasses and oils and ultimately the use of radium to treat cancer.  He was bestowed with numerous awards including an OBE and a Gold Medal from the Royal Society of London.

The McLennan Physical Laboratories building is named after him.