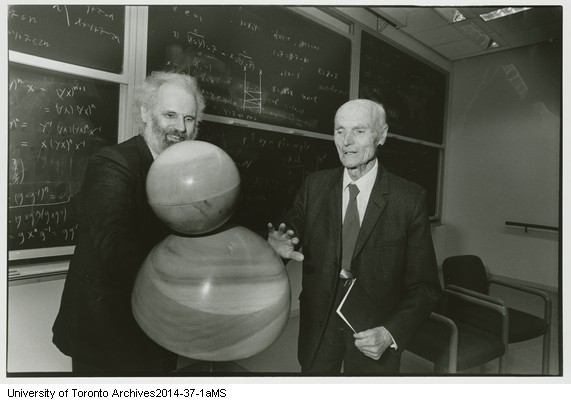 Companion of the Order of Canada

Pictured on the right, Coxeter is referred to by some as "the man who saved classical geometry".  Educated at Cambridge and Princeton, he came to the University of Toronto in 1936 and chose to stay for 60 years.  His research interests included the Theory of Plytopes, Non-Euclidean geometry, Discrete Groups and Combinatorial Theory.  Buckminster Fuller's iconic geodesic dome design was influenced by Coxeter and M.C. Escher relied heavily on Coxeter's theories for his famous Circle Limit drawings.