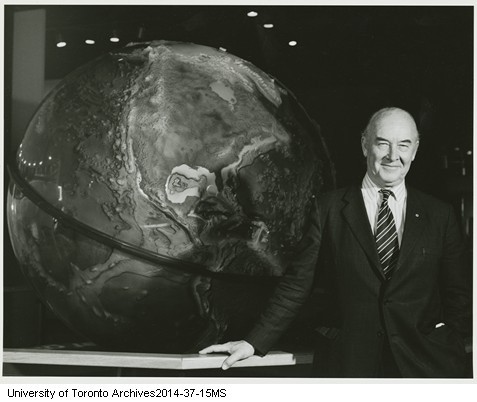 In 1930 Wilson became the first person at a Canadian university to graduate in geophysical studies.  He bacame a professor at the University of Toronto in 1946.  His theory that volcanic island chains may have formed due to the movement of a plate over a stationary 'hotspot' in the mantle was so controversial that his paper was rejected by all major international scientific journals.  It wasn't until 1963 that it was finally published in the Canadian Journal of Physics.  In 1965 he published a paper that introduced the concept of the transform fault.  This theory became one of the bases for plate tectonics.

A mountain range in Antarctica is named after him.