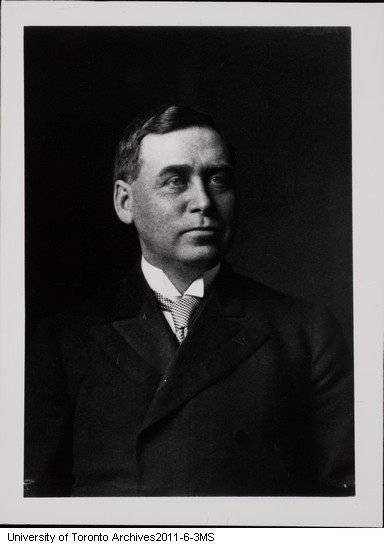 Along with Macallum and others, Fields helped establish the National Research Council of Canada.  The subject of algebraic functions was his major research interest but he is best known for his development of the Fields Medal, which is considered by some to be equivalent to a Nobel Prize in mathematics.  It is awarded every four years to two to four mathematicians under the age of 40, who have made important constributions to the fleld.

The Fields Institute is named after him.