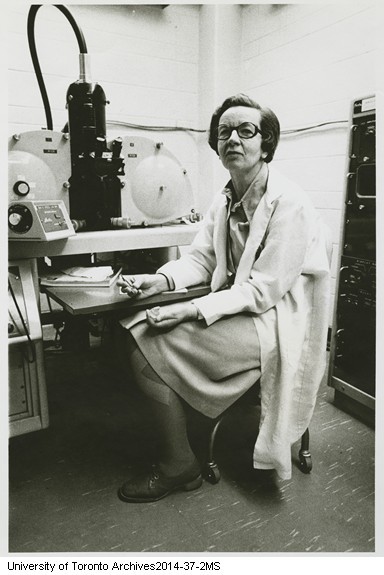 In 1967 Franklin became the first female professor in the Faculty of Applied Science and Engineering.  Her area of expertise was metallurgy and materials science.  In 1984 she became the first woman at the Universityof Toronto to receive the honourary title "University Professor".  Franklin's research on the levels of strontium-90 in children's teeth contrbuted to the ban placed on atmospheric nucular weapons testing in the 1960s.  Peace and social justice are themes that run large throughout her life.

A Companion of the Order of Canada, a member of the Canadian Science and Engineering Hall of Fame, Franklin is also a recipient of the Pearson Medal of Peace for her work in human rights and a Governor General's Award for advancing the equality of girls and women in Canada.