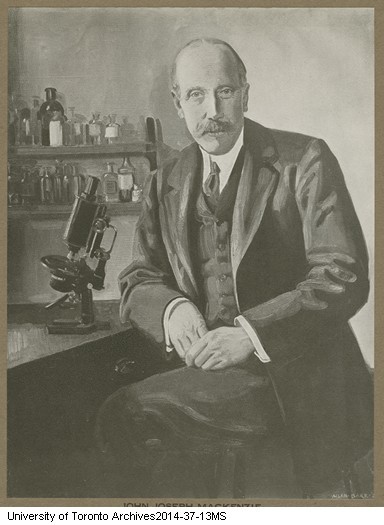 J.J. Mackenzie was a student of Ramsey Wright.  In 1900 he became professor of pathology and bacteriology at the University of Toronto.  A prolific researcher himself, Mackenzie promoted the importance of research in hospitals.  Prior to that, in the position of first bacteriologist for the Ontario Provincial Board of Health, he imported and advocated the use of diphtheria antitoxin to provide doctors with a means of treatment, and suffered abuse for his promotion of using biological products from animals on humans.