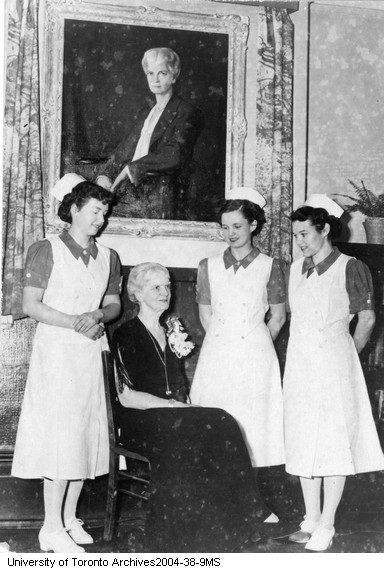 Development of University Based Nursing Education

Known for her contribution to nursing education, Russell, seated, created the first university based nursing program in Canada in 1933 and the first four-year BScN degree program in 1942.  She received international recognition for her program and in 1949 she was awarded the Florence Nightingale Medal for her contribution to nursing education.  By the late 1960s the model developed at the University of Toronto was one that all other universities in Canada would emulate.