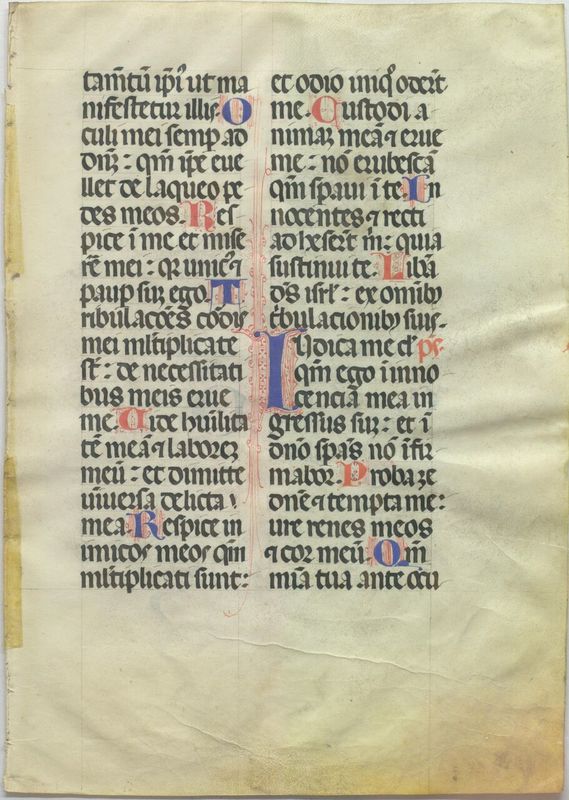 The Robertson Davies Library is home to a small number of medieval manuscript fragments. In the 19th and 20th centuries, antiquarians and booksellers circulated and sold detached leaves to libraries as examples of different styles of manuscript production. These fragments were often cut out of complete manuscript codices, since a bookseller could make more money selling 50 individual leaves than a fully bound book. Similarly, manuscript leaves were sold at a lower price point, making them more financially accessible to the amateur collector. At left, we see a large leaf from a breviary, which contained the prayers and chants for the mas. The manuscript's large size allowed multiple people to read from it at once. 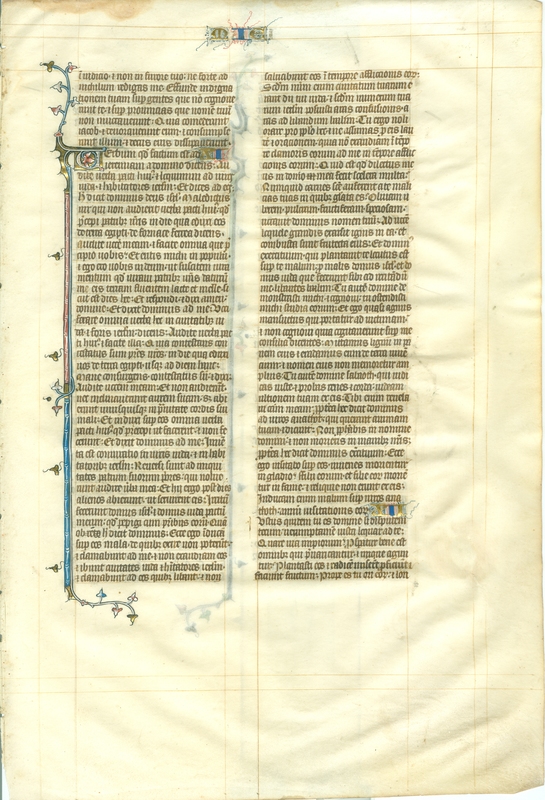 Leaves were especially prone to being detached if they were decorated, illuminated, or otherwise visually appealing. This leaf is taken from a larger Paris Bible that was detached as late as 1964, after it was sold to Sotheby's as an entire codex. Other known leaves from this Bible can be traced to individual manuscript collectors. The fine parchment and illuminated running titles make this Bible a prime candidate for dismemberment. At right, an illuminated leaf from a Paris Bible with its distinctive two column structure. This particular Bible was commissioned by the abbot of St. Alban's Abbey in the early 14th century. 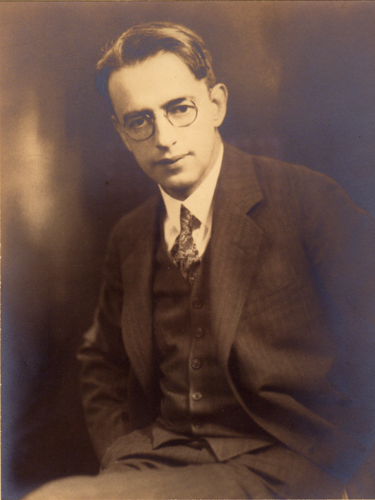 Otto Ege was an American art historian and book collector who dismembered 50 medieval manuscripts in his personal collection in order to distribute 40 sets of 50 separate leaves to universities and colleges around the country. He believed that by doing this, students and libraries who ordinarily did not have access to large collections of full manuscripts would be able to see differen styles of handwriting, illustration, and page layout. The Robertson Davies Library and Massey College owns set number 17, which holds the call number Gurney FF 0001. This set is still used by classes from the Centre for Medieval Studies each year.

Construction of a Manuscript →
Fragments