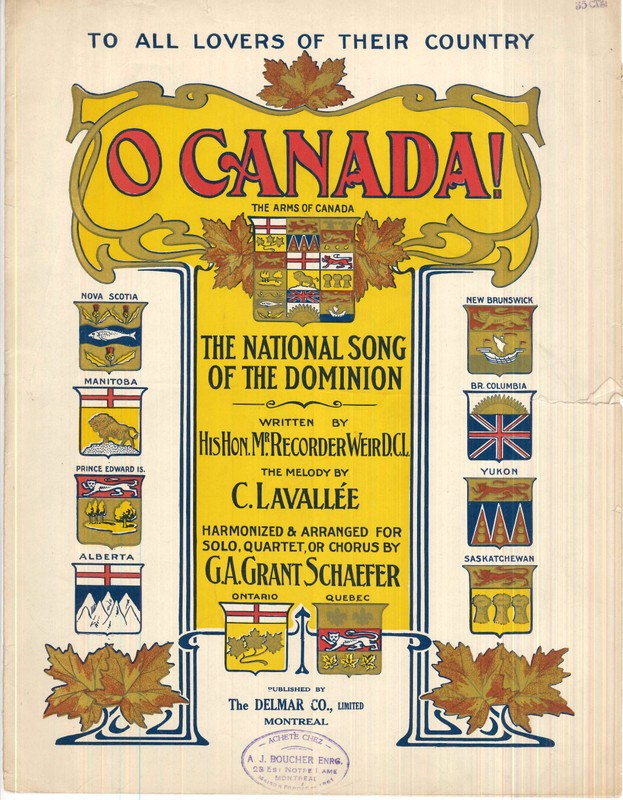 R. Stanley Weir’s “O Canada” was accepted as the official English language version on July 1, 1980, a hundred years after the French version was performed for the first time. Weir’s text was changed slightly as Pierre Trudeau’s government added the lyrics “God keep our land glorious and free!”

Since then, eleven bills have been brought to Parliament with the interest of amending the English lyrics of “O Canada” so that they are more inclusive to Canadians. The most recent attempt to amend the official English version of the anthem has already passed two readings in Parliament, and is expected to pass the final vote into law sometime in 2017. This amendment would modify the lyrics so that they are more gender-neutral, changing “in all thy sons command” to “in all of us command.” It is interesting to note that no such attempts have been made to amend the French anthem, despite its more explicitly Christian text.

The Globe and Mail Online Edition

Still, many Canadians are dissatisfied with the anthem. Significant media attention has been devoted to the question of updating the text of “O Canada.” Consideration has been given to the Christian themes of the text, as well as to the line “our home and native land”, which has raised concerns that it both erases the contributions of our aboriginal population and those who were not born here.

As celebrations of the 150th anniversary of Canada’s confederation take place this year, it is important to understand what is communicated through our national symbols. National anthems around the world are intended to express the history, struggles, values, and traditions of their countries. Does “O Canada” represent the rich diversity of our country and its people?