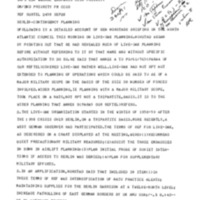 Canada has long held an unusual position within NATO. At once strategically important due to its close proximity to the Arctic but also geographically isolated from Europe, historians and foreign policy experts continue to debate Canada’s role in NATO. Because Canada has neither the global reach of the United States nor the local considerations of European nations, some argue that Canada is uniquely positioned to be a mediating force within the North Atlantic Council.

Berlin was in many ways the powder keg of the Cold War and it seemed, during multiple crises after 1945, that the United States and the Soviet Union might go to war over their respective rights in the city. During the Second Berlin Crisis (1958–1962) the Soviet leader, Nikita Khrushchev, demanded that the United States, along with the British and French, pull all forces from the city, which they refused to do. At the same time, Khrushchev was offering to sign a peace treaty with the German Democratic Republic and hand over responsibility for the border.

During the Second Berlin Crisis, the Western allies created contingency plans for the possibility of full-scale war. The contingency plans were made by two separate commands: the Tripartite (American-British-French) LIVE OAK and NATO itself, which later developed its own Berlin-contingency plans (BERCONs).

In 1959, the Americans, British, and French established the Tripartite Ambassadorial Group in order to streamline the contingency-planning process and keep it contained amongst themselves. They also established an individual command called LIVE OAK that was separate from NATO. President John F. Kennedy’s administration wanted close coordination of planning between LIVE OAK and NATO. In September of 1961, General Lauris Norstad (Supreme Allied Commander Europe) briefed the North Atlantic Council on LIVE OAK and began an effort to develop NATO contingency plans that would build on LIVE OAK. What resulted was a months-long debate on the merits of the new NATO plans, with Canada’s ambassador Jules Léger expressing specific and significant concern about the inclusion of the demonstrative use of nuclear weapons. He worried that the inclusion of nuclear weapons in any military plans would increase the likelihood of a full-scale nuclear exchange.

In 1962, the North Atlantic Council considered NATO’s own contingency plans.  While LIVE OAK plans were primarily defensive in nature, NATO’s BERCON was intended to “provide a demonstration of intent to go further.” Once again, the Canadian delegation, now led by Ambassador George Ignatieff, were the primary dissenters. The major issues continued to be political authority and nuclear weapons. Ignatieff stalled the planning for many months, but this had virtually no effect on the final plans. The Canadians were not viewed as a mediating force, but rather an “obstacle” to the Council, disrupting what was otherwise a consensus. Further, although they initially planned to make a reservation to the inclusion of nuclear weapons in the plans and thus take a controversial stance, Prime Minister Diefenbaker edited Ignatieff’s instructions at the last minute to include only an approval of the BERCON plans. 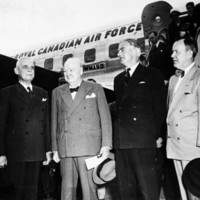 Faced with a deteriorating economy and over-extended military obligations, the British Government released a paper outlining its new Global Strategy in 1952. A “fresh analysis of the problems facing the free world,” the British document suggested that the new atomic capabilities developed by the United States would be sufficient to replace some existing ground forces in Europe.1 This strategy would not only be more economical but would also be the best way to address what the British believed was a reduced threat of hot war from the Soviets. There was another central tenet to Britain’s plan—a unified global plan between allied states. The British believed that many states had spread their commitments throughout various regional bodies and personal military pursuits, and that it was necessary for these plans to be coordinated to form a stronger defence against the USSR.

The Americans, however, had reservations. They believed that Britain’s new plan was “dictated more by the UK (sic) slim pocket-book than real strategic consideration.”2 The US government did not believe that atomic weapons would affect the numbers of troops needed on the ground until 1956, nor did they believe that the Soviet threat had diminished. Any reduction in forces or military expenditures had the potential to give the Soviets the upper hand, a risk which the US was not willing to take. These opposing views on the capabilities of new weapons and the risk presented by the USSR encompassed the main considerations of whether and how a global strategy should be formed, and whether or not NATO was a suitable entity for carrying out that strategy.

The Canadian position was generally in line with the American assessment, though Canada wanted to “[reconcile the] UK and US views.”3 Canada believed that the distinction between global strategy and planning was crucial, as strategy entailed “military policy” while planning was “the means to implement that policy.”4 Canada generally supported global strategy but was concerned that participation in global planning would overextend its resources and commitments, especially as France demanded more support from NATO’s North American members. Canada also worried that an extension of NATO’s involvement outside of the North Atlantic would indicate “aggressive intentions” and may actually increase the risk of conflict.5 Based on these concerns, as well as Canada’s limited global interests, the Canadian government resolved not to push for membership in any global planning body. Canada insisted on being kept informed of decisions and consulted when matters directly affected its interests but did not feel the need to be directly involved. The documents included in this briefing book reveal that the Canadians were keenly aware of their role in NATO and the limits of their participation within the organization. Global strategy and planning had serious implications for Canada’s own security and policy. Though these considerations of NATO and global strategy seem removed from Canada’s domestic interests, they illustrate that Canadian strategy and planning was not in isolation from issues raised by its NATO allies.