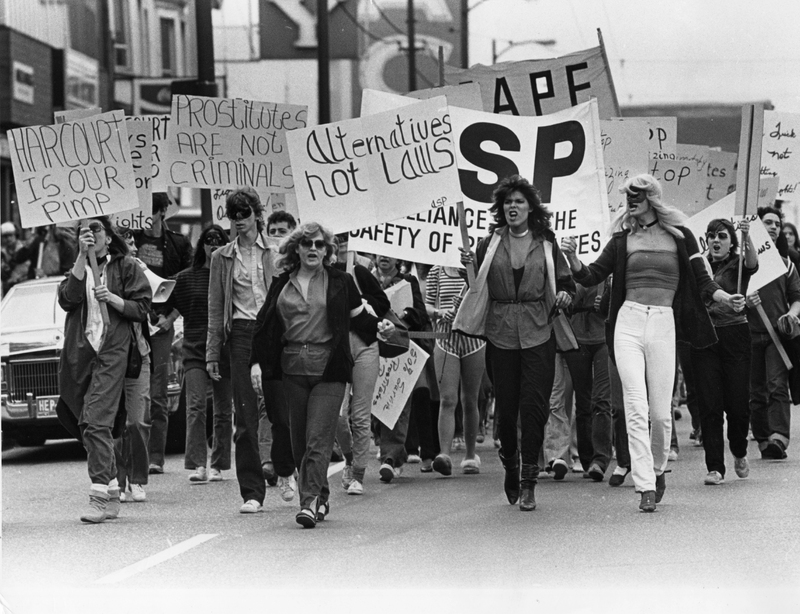 Anonymous in David White and Pat Sheppard’s Report on Police Raids on Gay Steambaths. Submitted to Toronto City Council for its Meeting of February 26, 1981, 13. 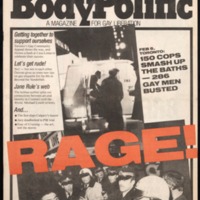 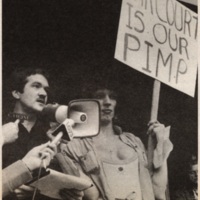 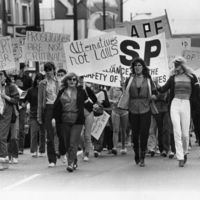 On February 5, 1981 the Toronto Police raided four gay bathhouses in Toronto. During "Operation Soap," as it was known, around 300 men were arrested in what was the biggest mass arrest in Canada since the 1970 October Crisis. The raids ignited intense protests from the Toronto LGBT* community, who voiced their anger and frustration with a documented history of police homophobia and brutality that included threats, harassment, and beatings.

In the early 1980s, Canadian police used sex work legislation to regulate non-normative sexuality more broadly under “common bawdy house” provisions. A “common bawdy house” was defined as any place that was being used for the purpose of prostitution or other acts of indecency- the vagueness of which allowed the law to be applied to other forms of non-normative sexual behaviour that offended current moral standards of decency. Homosexual sex, particularly of the non-monogamous quasi-public variety, came to be policed under prostitution laws, including operating or being an inmate at a “bawdy house," soliciting for the purposes of prostitution, and living off the avails of prostitution.

Again in 2002 the Toronto Police entered a women’s bathhouse known as the “Pussy Palace” to investigate possible criminal sex acts and liquor license violations. None existed, but under the auspices of municipal liquor licensing (that do not require a warrant) the Toronto police subjected women to humiliating and degrading treatment. The Toronto police persecuted these women in a way that would not have been possible without prostitution prohibitions, and they were persecuted simply for being in a space where women had sex with other women.