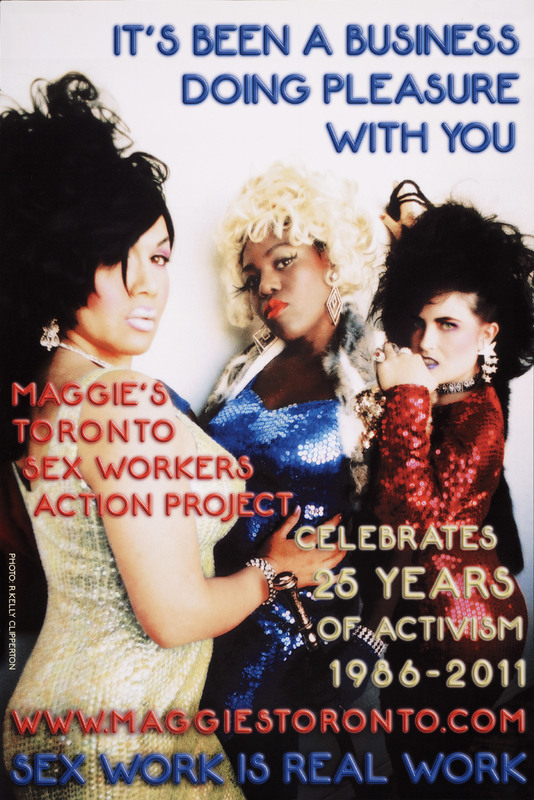 "The impugned laws deprive people engaged in a risky, but legal, activity of the means to protect themselves against those risks. The violence of a john does not diminish the role of the state in making a prostitute more vulnerable to that violence."

From the 1970s onwards, a new voice joined the North American public debate over commercial sex: that of sex workers themselves. Sex workers began to organize and advocate for the de-criminalization of sex work. At the same time, the lived experience of many sex workers continued to be one of violence, marginalization, stigma and poverty. The laws governing prostitution were criticized for increasing the risk of violence and stigma experienced by sex workers. In the 1980s and 1990s in places like Vancouver's Downtown Eastside, for example, many sex workers struggled against violence and intimidation on all fronts: from customers, police and public opinion.

Sex working leaders and activists like Terri-Jean Bedford emerged within this larger movement. Alongside Amy Lebovitch and Valerie Scott of Sex Professionals of Canada (SPOC), Bedford launched a constitutional challenge of Canada's prostitution laws that eventually made its way to the Supreme Court. Prior to 2014, the exchange of sex for money was not a crime in Canada, but activities surrounding the sale of sex were. These laws included prohibitions on the operation of “common bawdy houses” (a place that is for the purpose of prostitution or the practice of acts of indecency), and living on the avails of prostitution. These laws made it criminal for sex workers to take vital safety measures including: hiring bodyguards, working indoors, and accessing safe houses. In 2013 the Supreme Court of Canada ruled that our country's laws made the lives of sex workers much more dangerous than they would otherwise be. In what was a landmark decision, the Supreme Court found the laws unconstitutional in 2013 and gave Parliament one year to enact new laws before the judgement took effect.