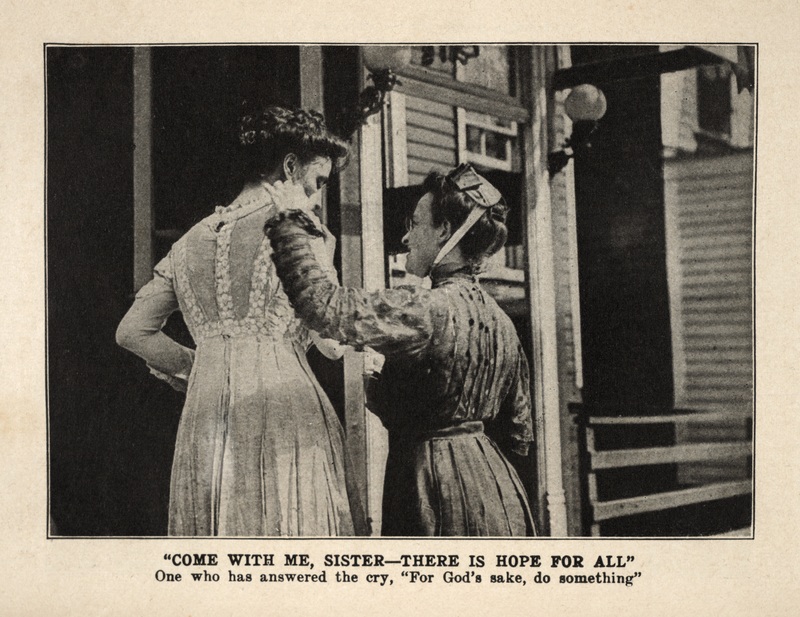 But the one girl I never met in all these years and in all the cities and the countries that I visited was the pure girl who had been trapped and violated and sold into slavery, and held a prisoner unable to effect her escape–the so-called “white slave.”

As part of Josephine Butler’s campaign to compel British lawmakers to criminalize prostitution, she collaborated with Pall Mall Gazette journalist W.T. Stead, who published sensational accounts of young white British girls being sold into brothels on the continent. His 1885 series, “The Maiden Tribute of Modern Babylon” ignited public outcry in Britain and compelled the passage of the 1885 Criminal Law Amendment Act. Moral panic against this so-called "white slave trade" spread to Canada and the United States. Here social purity criminal laws and propaganda campaigns against sex work and "the foreign element" (immigrants) became enormously popular.

The creators of the "white slave panic" insisted that most women would never choose sex work for financial reasons. Instead, they argued, unscrupulous men, especially immigrants, forced them into prostitution. As captured in this 1908 image, reformers confronted and harassed sex workers (under the pretence of "rescue") and aggressively supported racist immigration policies targeting communities of colour. First introduced in 1912, laws like Saskatchewan's "Female Employment Act," criminalized any immigrant Chinese business owner who hired a white female employee.

This intense, inherently racist international campaign against sex work also resulted in two international treaties on "white slavery" in 1904 and 1910. After the First World War, the League of Nations was entrusted with supervising the administration of these treaties and it did so with vigour. The members of the League pursued the abolition of state-regulated prostitution across the globe and the fight against sex work became a vehicle for intrusively policing sexuality and morality as well as communities of colour.