The Historical Context of the Russian Revolution

Tsar Nicholas’ October Manifesto announcing the creation of the Duma, a National Parliament whose members were chosen by popular vote 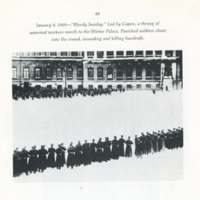 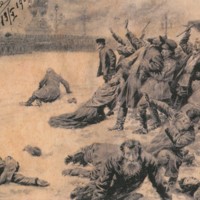 When St. Petersburg workers marched in demand of representative government, on 9 January 1905, Tsarist troops fired and killed hundreds. This event deeply undermined confidence in the Tsar’s government and resulted in a wave of university closures, labour strikes, and civic unrest.

In the October Manifesto, Tsar Nicholas II promised “to establish as an unbreakable rule that no law shall take effect without confirmation by the State Duma and that the elected representatives of the people shall be guaranteed the opportunity to participate in the supervision of the legality of the actions of our appointed officials.” The State Duma had limited political authority; the period before the outbreak of the First World War is known for the contradictions of an emergent “civil society” as well as for the flourishing of radical political groups, poverty, and violence. 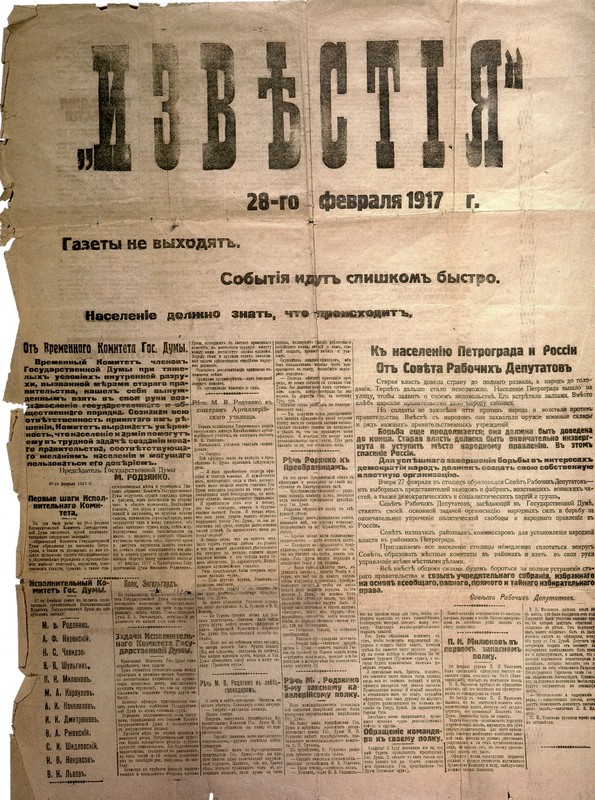 National Funeral of Victims Who Died for Freedom, 23 March, 1917

From February to October 1917

On 23 February 1917, thousands of women textile workers walked out of their jobs in Petrograd and joined already striking crowds. Fueled by bread shortages, these demonstrations turned violent. Tsarist troops were again ordered to fire on crowds and many were killed; the following day, the soldiers took the side of demonstrators. The funeral for those who died was held in Petrograd. The Bolshevik Alexandra Kollontai wrote on the occasion in Pravda: “Today is a solemn day of joy and mourning. Today the eyes of the oppressed and deprived of the whole world are turned towards Russia, to this city where the heroic courage of the workers and the downtrodden Russian peasantry has thrown off the yoke of tsarist autocracy. . . . The first step, the hardest step of the revolution, has been taken. Tsarist autocracy, a decaying corpse upon a throne, has been committed to the earth” (1917, 3). 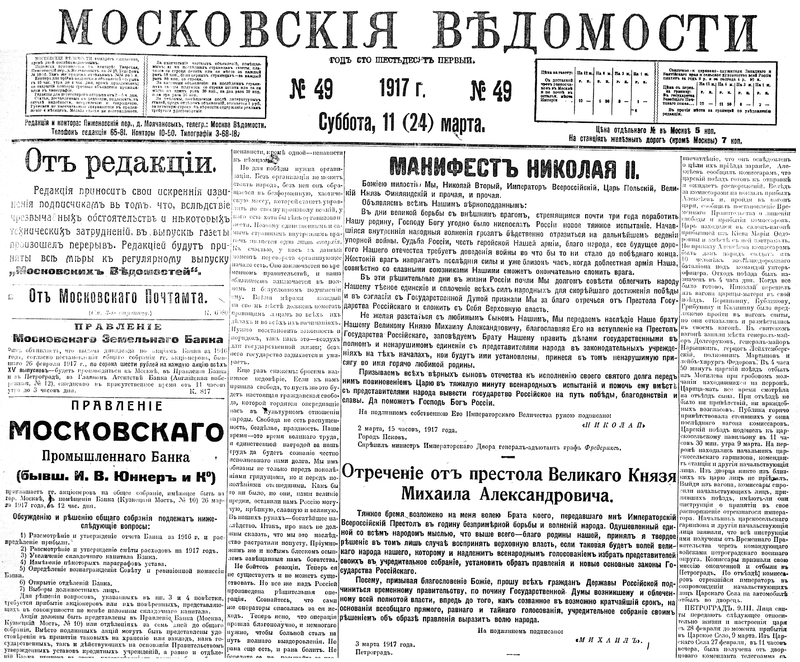 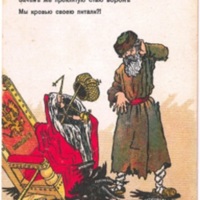 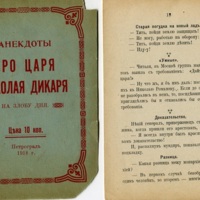 A postcard dating from the aftermath of the February Revolution points to the unpopularity of the Tsar. It reads: “So this is what the imperial throne looks like. So we trembled in front of a scarecrow? Why have we fed this damned flock of Ravens with our blood?” The ravens represent various tsarist officials, and the gown of the Tsar covers a puppet-like scarecrow. Facing strikes and demonstrations, in February 1917, Tsar Nicholas II abdicated his throne in favour of his younger brother, the Grand Duke Michael, who declined to accept. (Following the seizure of power by the Bolsheviks in 1917, in March 1918 the family was transferred to Yekaterinburg, where in July 1918 they were executed by the Bolsheviks on the orders of the Ural Soviet of Workers' Deputies.) 300 years of Russian monarchy came to an end. What emerged in Petrograd was a new institutional structure known as “dual power.” This dual structure consisted of a Provisional Government, headed by the socialist lawyer Alexander Kerensky, and the Petrograd Soviet, formed by workers, soldiers, and sailors. 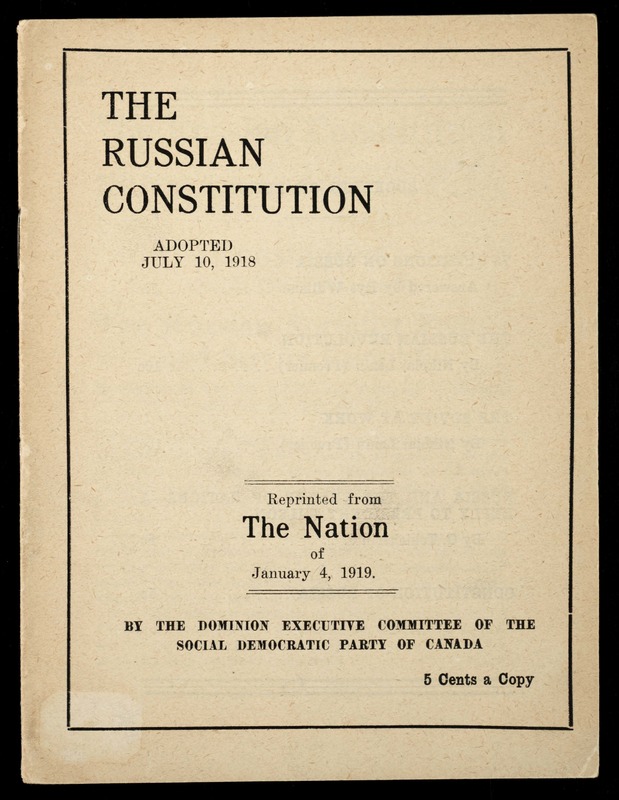 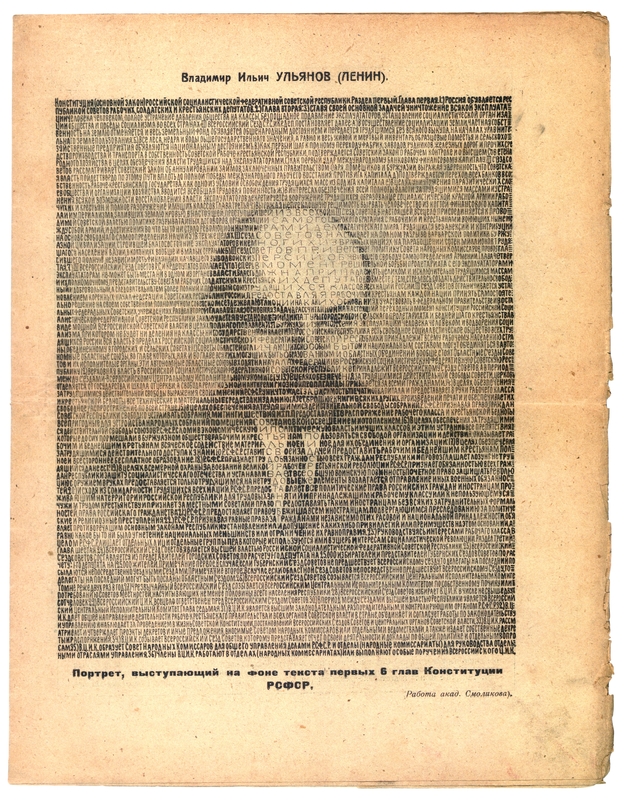 Lenin’s Portrait using the first six paragraphs of the 1918 Constitution, by Smolikov, 1922

The October Revolution began with the occupation of government institutions, telegraph offices, and railway stations by the Bolsheviks, and culminated in their taking of the Winter Palace, which “was a less heroic occasion than later Soviet accounts suggest” (Fitzpatrick 2001, 64). The first Constitution of the Russian Republic proclaimed the working class as the ruling class and limited the political powers of what Bolsheviks considered the “exploiting classes” (officers of the White Army, kulaks (i.e. affluent peasants), priests). Today, debate continues about the significance of Vladimir Lenin over the course of the events in 1917. Returning to Russia following the February Revolution, he voiced his uncompromising stand against a possibility of a coalition with the Provisional government and favoured a fully proletarian revolution in what became to be known as his “April Theses.” Lenin was forced to flee Russia in July. He remained in Finland, from where he called for the Bolsheviks to seize power in an armed uprising.