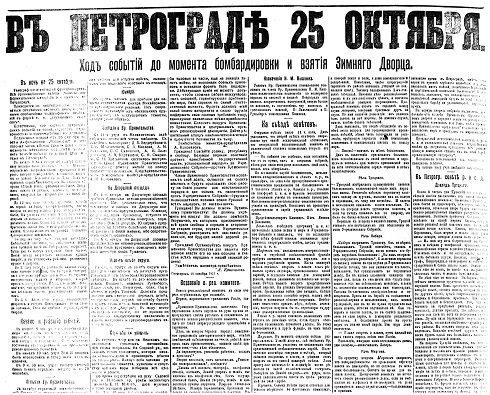 "V Petrograd 25 Oktiabria” [To Petrograd on the 25th of October] 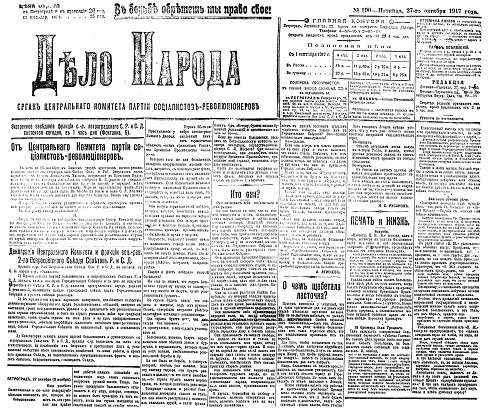 The temporary suspension of press censorship by the Provisional government resulted in a proliferation of socialist and Bolshevik newspapers. The selection of newspapers from the collection Newspapers from the Russian Revolutionary Era, Media Commons (based on the holdings at Columbia University's Herbert Lehman Library), provides a glimpse into reporting on the revolution in the provinces and in Petrograd. As Astrakhanskii listok covered the breakdown of communications with Petrograd and cited the dissolution of the Provisional government, the Petrograd newspaper of the Party of Socialist Revolutionaries (SR), Delo naroda, condemned the “Bolshevist coup,” warning that if Bolsheviks “continue to develop this tactic of terror-and it seems unavoidable-that the country will be drowned in blood.” Almost immediately following the Bolshevik seizure of power, Lenin signed “The Decree on Suppression of Hostile Newspapers,” outlining “temporary and extraordinary measures” to suppress “bourgeois” publications. 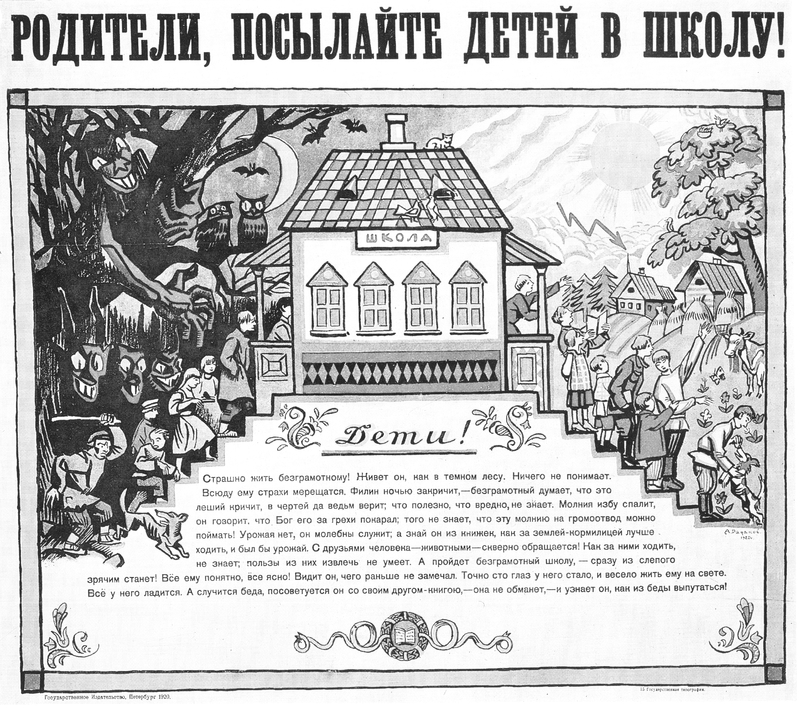 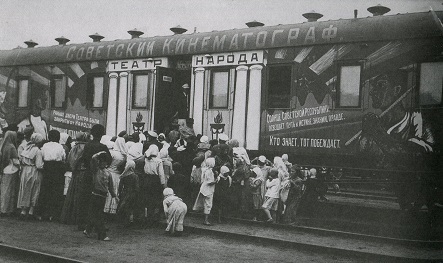 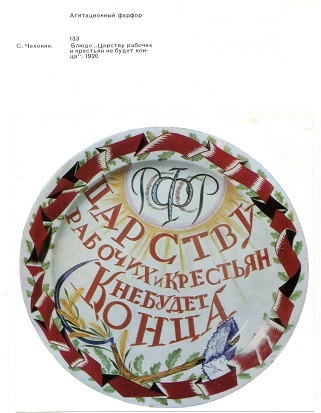 The revolutionary propaganda poster was a new mass media phenomenon created in the aftermath of the October Revolution and mobilized during the Civil War (1918-1922) to encourage and recruit supporters to join the Red Army and to belittle opponents, as well as to promote Bolshevik ideology. “Litizdat” (Literary-Publishing Department) was established in 1919 to centralize publishing activities for military purposes and played a major role in the preparation and distribution of posters, drawings, and pamphlets. Early Soviet posters were varied in style and in methods of artistic expression. Some referred to more traditional imagery, such as iconic associations, folk art and vernacular language, as, for example, in works by Dmitry Moor.

To combat widespread illiteracy, the new Soviet government employed poster art deploying effective graphic language to represent ideas about the importance of mass education while simultaneously spreading Bolshevist ideas. The poster art assumed mobile forms as well. “Agit-trains,” decorated with propaganda imagery and slogans and often carrying propaganda materials and were equipped to show films, became one of the methods of spreading revolutionary ideas and imagery to the peripheral and remote areas of post-revolutionary Russia. 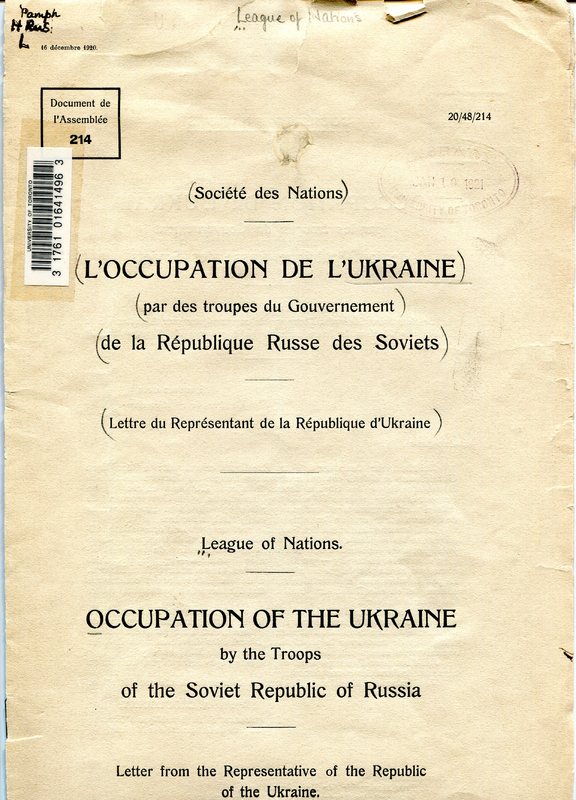 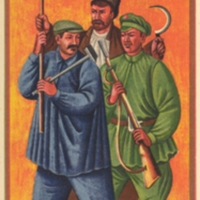 Ukrainian revolutionary posters by I. Padalka and A. Petritsky 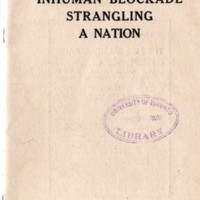 The February Revolution in Russia led to the formation of the Ukrainian Central Rada in Kyiv. The Rada challenged the Provisional Government in St. Petersburg for the right to govern the Ukrainian lands of the former Russian Empire, and in its Third Universal issued in November 1917, asserted Ukraine’s autonomy within a future democratic all-Russian federation. Over the next five years, the land was overrun by competing forces run by the Bolsheviks, Central Powers, anarchists, Russian Whites (pro-tsarists), and Poles. The country saw governments formed, dissolved, and re-formed, and some run in parallel to each other: the Ukrainian People’s Republic, the Hetmanate, the Western Ukrainian People’s Republic, and the Ukrainian Soviet Socialist Republic. The eventual Bolshevik victory of 1920, led to a decade-long policy of Ukrainization in language instruction, publishing, radio, and cinema. This policy was eliminated in 1933, and, as a result, many Ukrainian activists were executed or silenced. 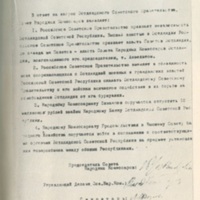 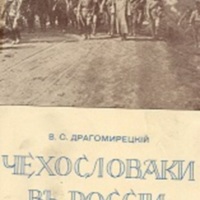 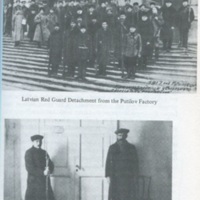 The Latvian Impact on the Bolshevik Revolution: The First Phase, September 1917 to April 1918 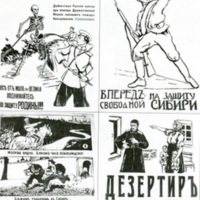 Events in the Baltic States. “White” Resistance and Counter-Revolution

Nationalist governments took over in the former Russian imperial territories. They fought against Germans (in Estonia and Latvia) and the Poles (in Lithuania), as well as against Soviet occupation. In Estonia, Latvia, and Lithuania, the presence of occupying Germans hindered the “Red” takeover. In Finland, Germany was not an occupying force but it provided assistance to the Finnish White Army. The Finnish Red Army suffered defeat, depriving the Soviet government of an important ally in the Baltics. In 1920, the Soviet government concluded peace treaties with Lithuania, Latvia, and Estonia, and recognized their independence. Unlike the Bolsheviks, the “White” army did not represent a class movement, but was a combination of forces, only some whom espoused monarchist sympathies. The White resistance was united in its opposition to the Bolsheviks. Scholars point to the military advantages of the Red Army, who occupied a centrally located territory, had a strong central ideology and centre of command, as well as other socio-political circumstances that contributed to their victory.  The White armies are commonly portrayed as guided and motivated by personal conflicts rather than by a core ideology. In spite of the fact that the Red Army eventually prevailed, many recent historical studies advocate for a reconsideration of the complexity of the “White movement” and a reassessment of its provincial context and paradoxes, in order to analyze fully its role in the outcome of the Russian civil wars.

Foreign contingents fought on both sides during the civil wars. Among the most prominent anti-Bolshevik forces was the Czechoslovak Legion. Foreign-born volunteers who fought on the side of Red Army came to be known as “internationalists.” Recruited from the prisoners of war, they were composed of fighters of various nationalities.  Portraying the Bolsheviks as “alien,” White officers described the Red Army as under “the agonizing yoke of Latvians, Jews, Magyars and Chinamen” (Smele 1996, 219). 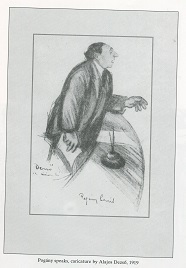 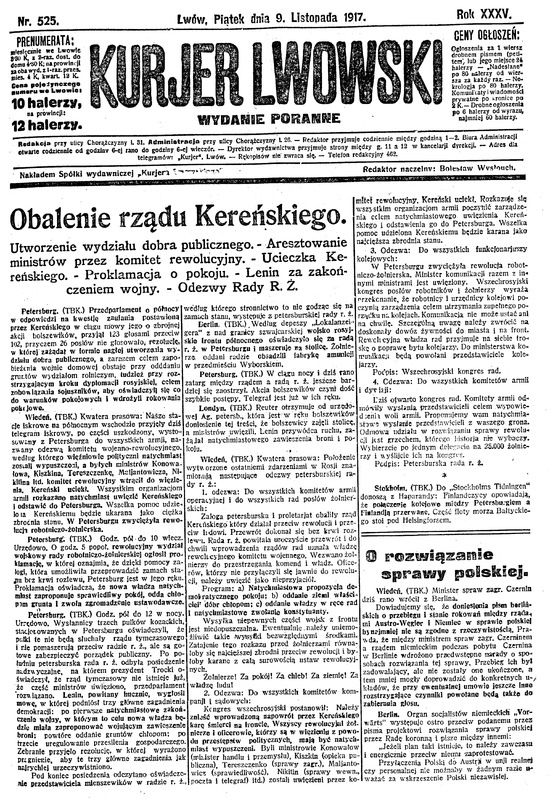 The Hungarian Soviet Republic was established by the communists Béla Kun and József Pogány in Budapest in March 1919. Although his history is understudied, Pogány played a major role in the Hungarian Soviet Republic, serving as its commissar of war, commissar of education, and army commander. The Republic lasted only 133 days, ending with the Romanian occupation of parts of Hungary.

In Polish territories in February 1919, a Soviet-Polish war broke out, an armed conflict between Soviet Russia and Soviet Ukraine against the Second Polish Republic and the short-lived Ukrainian People’s Republic. The outcome of the war determined the Soviet–Polish border up until the Second World War. The city of Lviv was fought over in 1918-1919 by both Poland and Ukrainian forces. Scholars suggest that Lviv was one of the most contested cities of the civil war period and exemplifies the “transnational and multiethnic aspect” of the civil wars (Smele 2015, 152).