I'll not forget you soldier boy

Recruitment incentives came from many sources to build support for the war effort, one of which was published sheet music intended for popular consumption. While music publications in support of Canada’s involvement appeared shortly after the war started, the growing number of war-related songs that arose after 1915 reveal the depth of Canada’s involvement in the conflict and highlight the propagandistic overtones used to encourage enlistment. 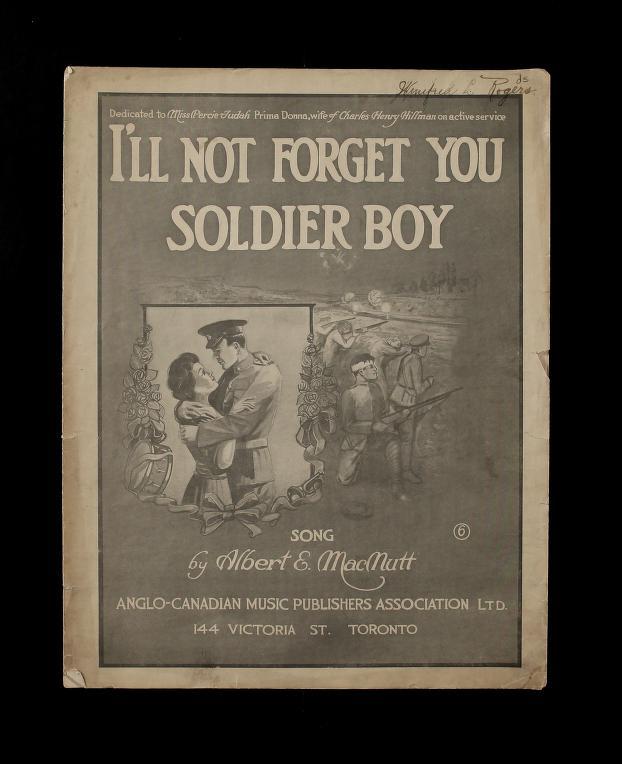 (I'll not forget you Soldier Boy. By Albert MacNutt)

I'll not forget you Soldier Boy

when you're away at the war

for you, I'll be waiting Soldier Boy,

I love you dear, more and more,

My heart is yearning for you,

To bring bac the golden days of joy,

To your country you were true,

and my boy I'm proud of you