The boys of the new brigade

There was intense pressure on the home front for eligible males to take an active role in the so-called “Great War.” Recruiting in Canada slowed after mid-1916, and by the following spring was running at around 4000 people per month, a number far below replacement needs. Many men opted for any corps but infantry, making the actual number lower in terms of front-line fighting ability. 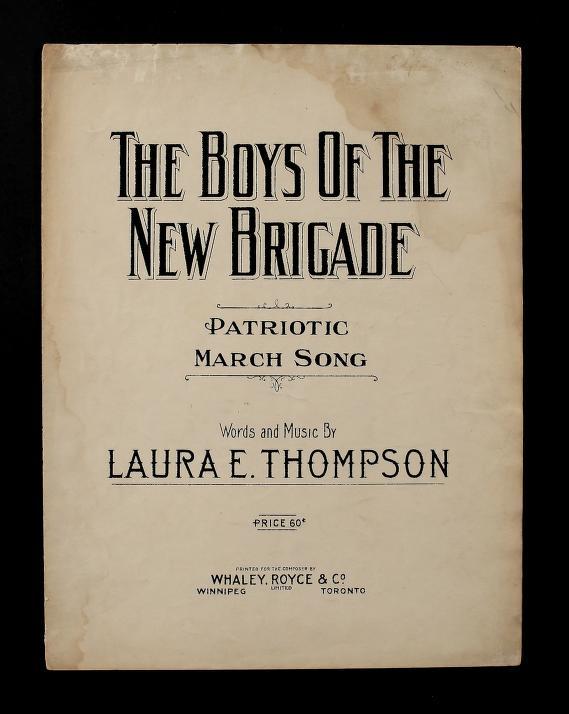 (boys of the new brigade. Words and music by Laura E. Thompson)

We have no terror of cannons roar,

we have our cause at stake,

we'll leave ev'ry thought of self at home

and fight for our country's sake

This decline was undoubtedly a reaction to the high rate of casualties reported in the daily newspapers, the accompanying graphic descriptions and personal accounts of battles, and the dwindling number of able-bodied British born or British-background men that comprised the vast majority of the initial Canadian ranks.