Following the conversion of the library’s printed card catalogues to machine-readable form in 1975, a system of COM microcatalogues was installed in the fall of 1976. A computer output microform (COM) displayed catalogue records (stored as data on a mainframe computer) on film or fiche. The UTL microcatalogue was one of the largest in North America, containing 4 million records by 1979.

Library users were required to consult the COM microcatalogue on either a microfilm or microfiche reader to locate specific titles. The readers were available in the libraries and the academic departments.

Librarians organized a program of instruction in the use of the COM microcatalogue. Librarian Carolyn M. Murray, Coordinator of Library Instruction, headed the Implementation Team on Orientation and Training (ITOT). Under Murray’s leadership, the members of the team designed a series of orientation activities to familiarize patrons with accessing the new format of the catalogue. 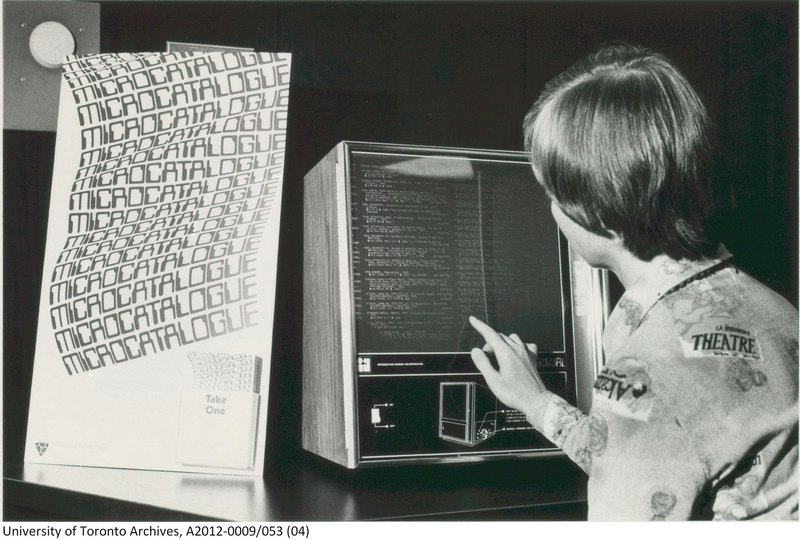