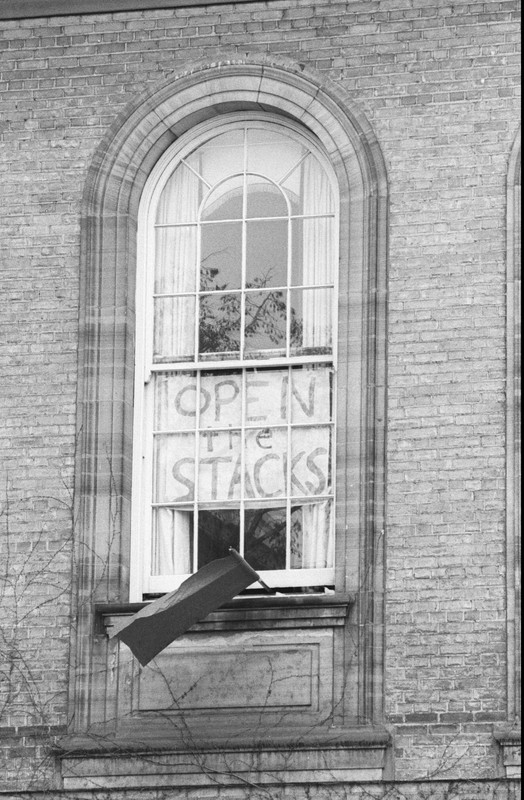 The opening of the Robarts Library book stacks to all undergraduates was a result of flourishing student activism in the 1960s and ’70s. In the early 1970s, this culminated in a contentious debate regarding the proposed restrictions on access to the planned humanities and social sciences research library, named after John Parmenter Robarts, then Premier of Ontario. Excavation had begun for the new library in November of 1968, in what would be an almost five-year construction project.

With the new library under construction, the university administration planned that direct stack access would be granted to faculty, graduate students and fourth-year undergraduate students. The Sigmund Samuel Library, with its 200,000-volume collection, was designated to serve the research needs of undergraduates.

In a letter to the Toronto Star, published in the aftermath of the protest, the executive of the SAC argued that the planned access policy was a hindrance to the academic success of undergraduates. First, second and third-year undergraduate students were required to consult the massive card catalogue on the fourth floor, fill in a retrieval form and submit it to the main circulation desk in order to borrow a book.

As a result of this student activism the doors and the stacks of the new library were opened to all students in the fall of 1973.