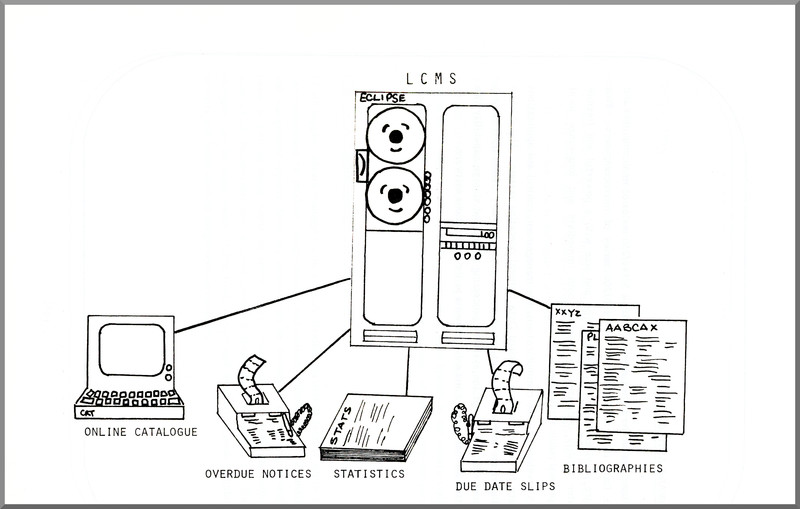 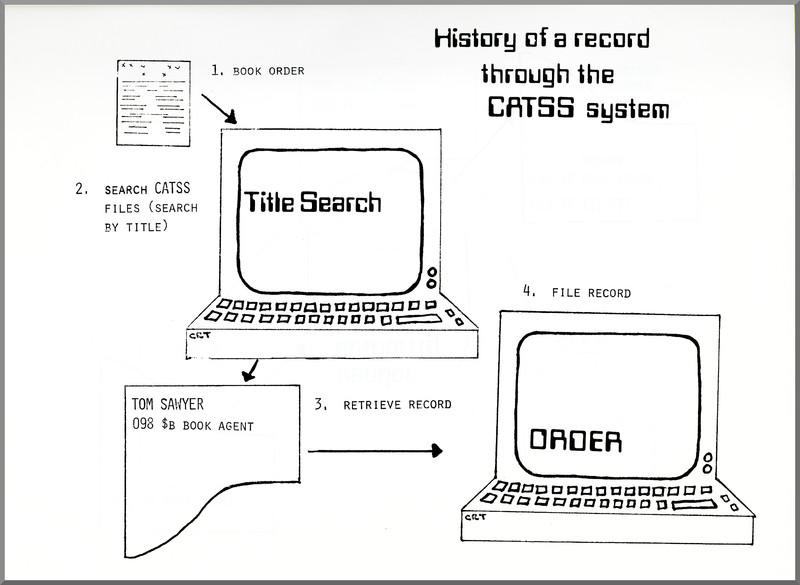 The University of Toronto Library Automation System (UTLAS) was the manifestation of UTL’s pioneering advances in the area of automation. Developed by the Systems Department, originally organized in 1967 to create computing facilities and automation services for the university, UTLAS grew to provide services to libraries worldwide that were considered to be cutting edge at the time of their introduction in 1971.

One of these services, the online Catalogue Support System (CATSS) facilitated electronic cataloging, circulation, collection management, and even online ordering of books and periodicals.

At UTL, typed catalogue cards were converted to a searchable online catalogue between 1965 and 1975. The extensive card catalogues located on the fourth floor of Robarts Library were closed down on July 1, 1976.

UTLAS was sold to Thompson International in 1984.