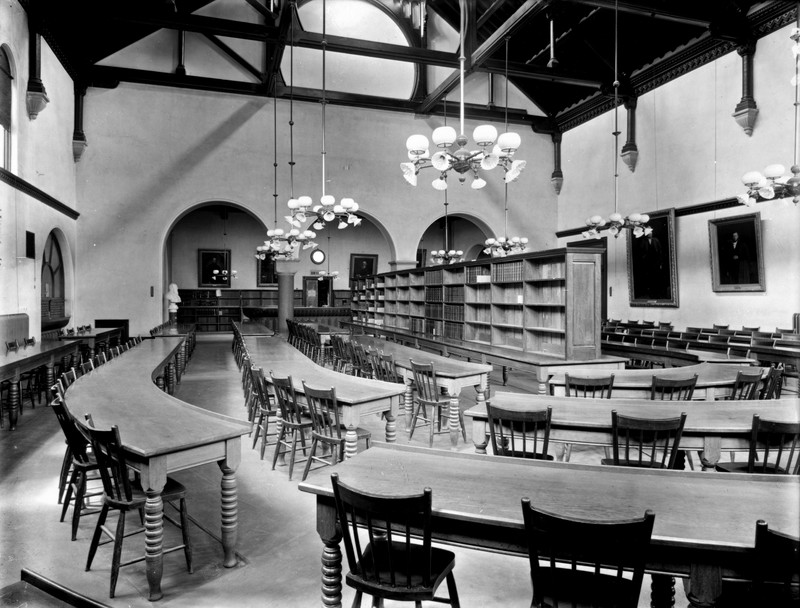 Interior view of the library reading room in the 1900s, before the addition of 1912 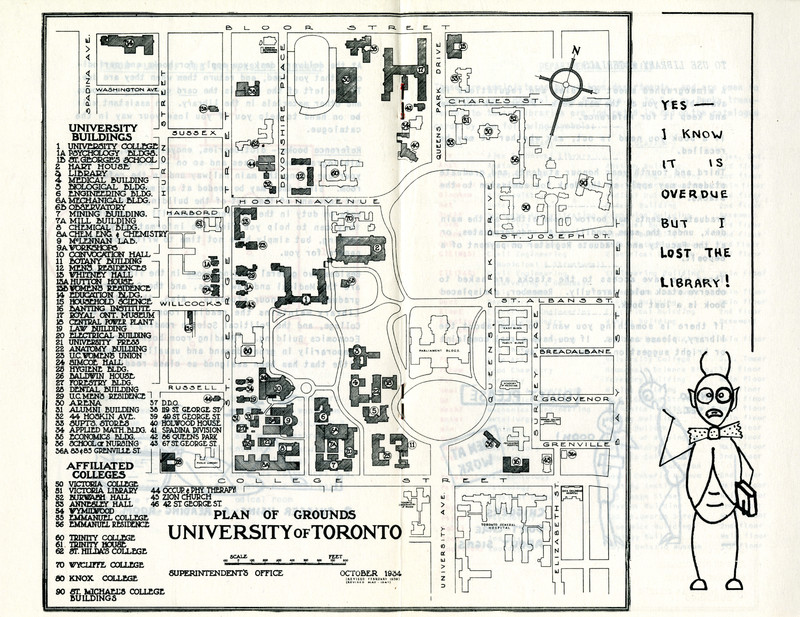 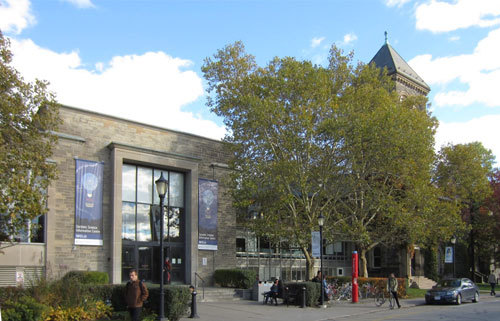 The 1890 fire that engulfed University College, and the original library within, created an urgent need for new facilities. In October 1892, a new library building, designed by architect David B. Dick and constructed at a cost of $110,000, was unveiled on King’s College Circle.

The main reading room was divided into men’s and women’s sections—standard in academic libraries at the time—with 100 study spaces each. There was also a separate entrance and reading room for faculty. The fireproof stackroom, made of cast iron with a glass floor, had a 120,000-volume capacity to support the student body, which numbered approximately 1,300 in 1892.

The complex functioned as the main university library until the completion of the John P. Robarts Research Library in 1973. Now named the Gerstein Science Information Centre, it houses the largest academic science and medicine library in Canada.