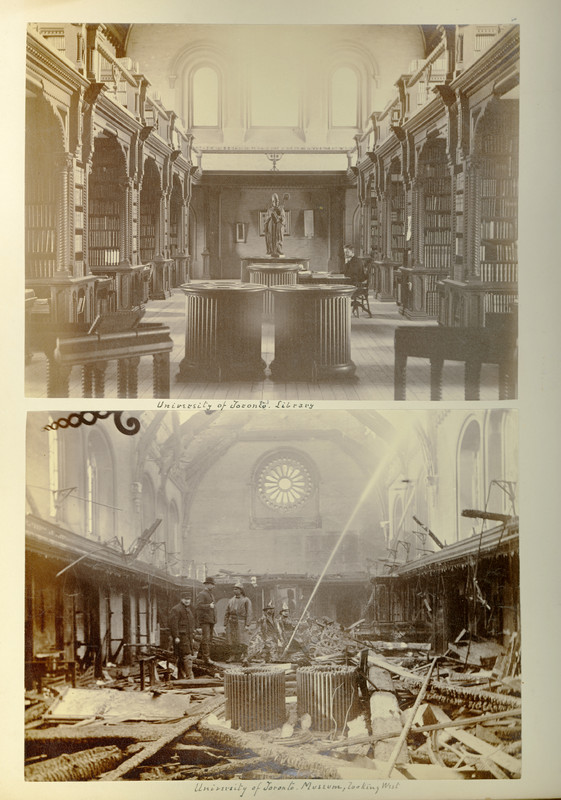 University College, before and after the fire of February 1890 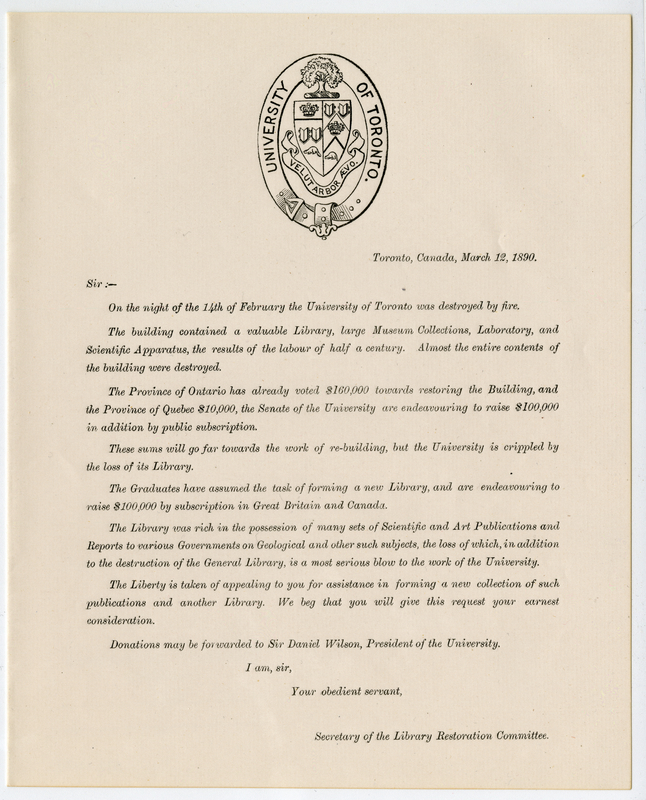 Circular soliciting donations of books and funds to rebuild the library following the fire. 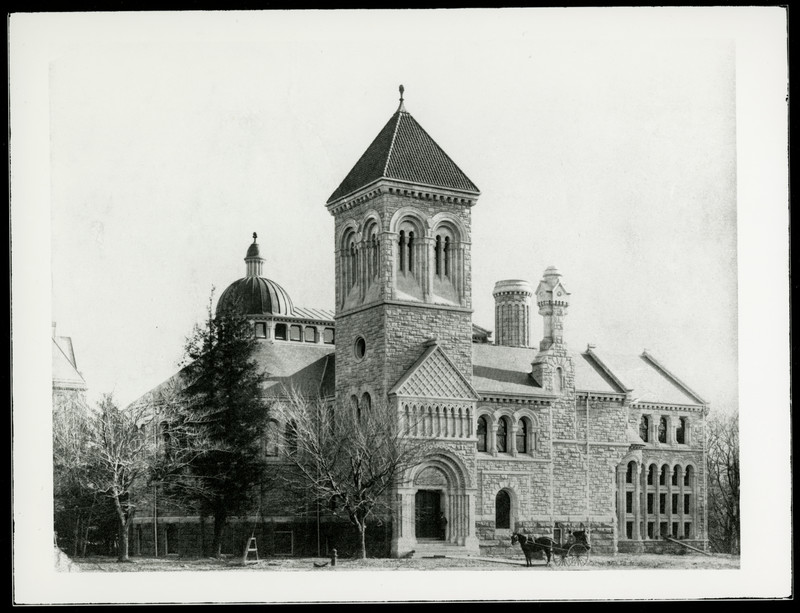 Front view of the University Library on King’s College Circle, circa 1900 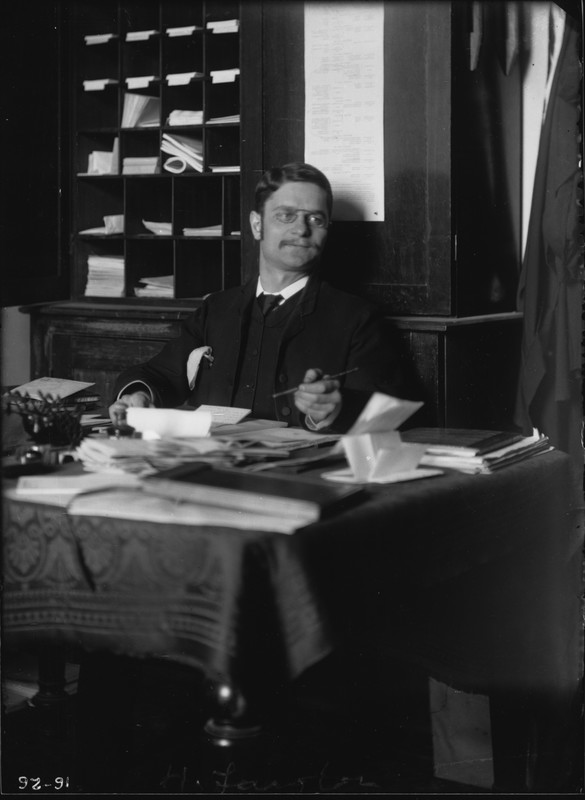 Hugh Hornby Langton (1862-1953)
Appointed University Librarian in 1892, Langton was also an accomplished editor, publisher, historian and translator. He was instrumental in rebuilding the library and its collections following the fire of 1890, acting as treasurer-secretary of the fund created by the Library Restoration Committee.

The opening of the first University of Toronto library building on King’s College Circle in October 1892 marked the beginning of the modern library system as we know it.

The foundations of the current system trace back to the opening of King’s College in 1843. Called the “heart” of the university by Robert H. Blackburn, Chief Librarian from 1954 to 1981, the library has always been integral to the teaching, learning and research mission of the university.

In February 1890 a great fire devastated the University of Toronto and its library, which was housed in the University College building at the time. From the ashes of this tragic event a new library was built and a new collection of books assembled from donations spanning all corners of the globe.

Today, the University of Toronto Libraries (UTL)—one of the largest academic library systems in North America—has an international reputation for excellence in collections, services, scholarship, professional and academic expertise, and digital leadership.

The forty-four library system includes the libraries of the University of Toronto Scarborough and University of Toronto Mississauga campuses. The St. George campus libraries include eighteen which are administered centrally by Chief Librarian Larry Alford, and twenty-four specialized collections affiliated with departments or colleges.

This exhibition explores its history from 1892 to the present day. Items on display include photographs, library equipment, journals and books published under the auspices of the library system, catalogues of notable exhibitions curated by librarians, and books authored by librarians.

Note: Throughout the exhibit, click on any photo to see descriptive information.
The image within the description can be clicked on for an enlarged view.