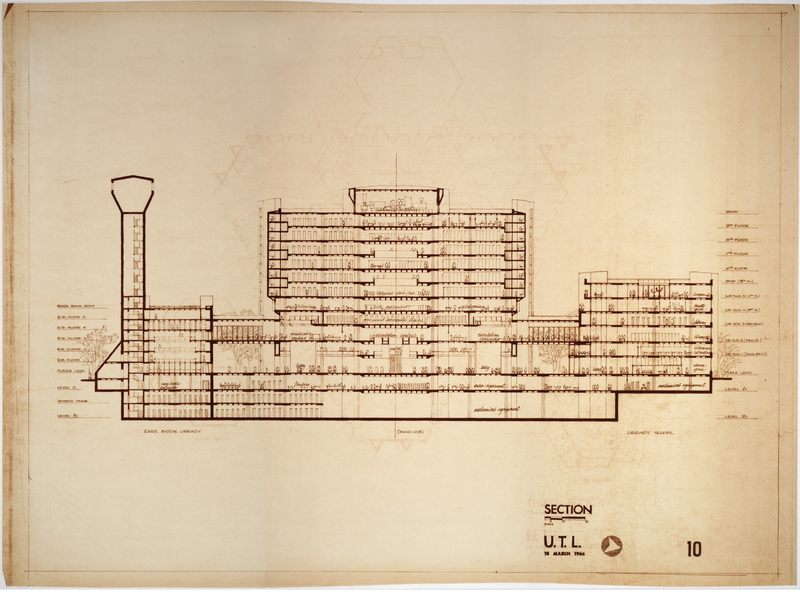 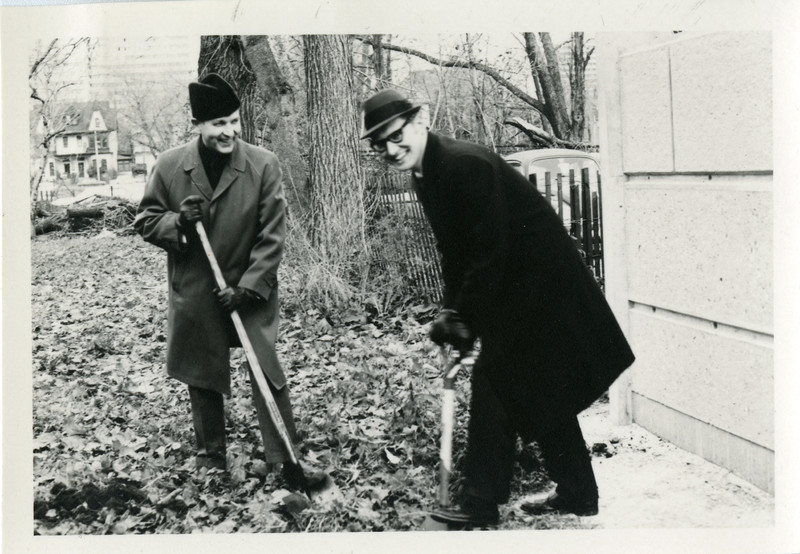 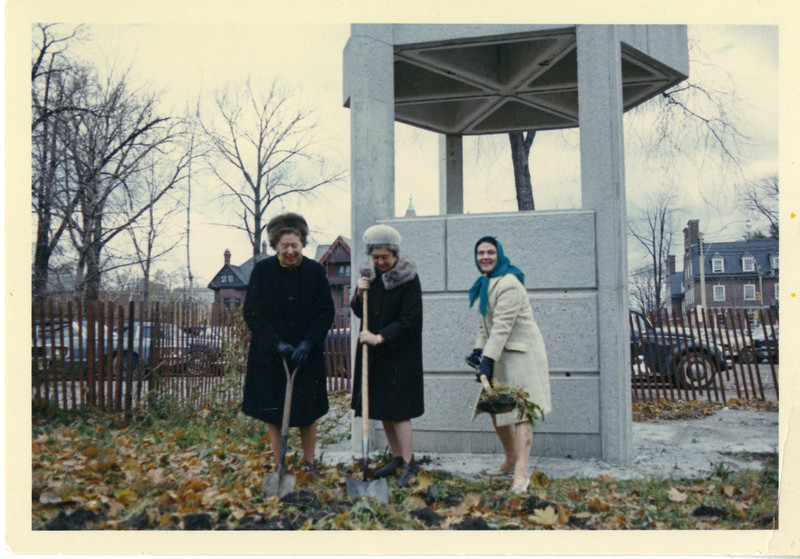 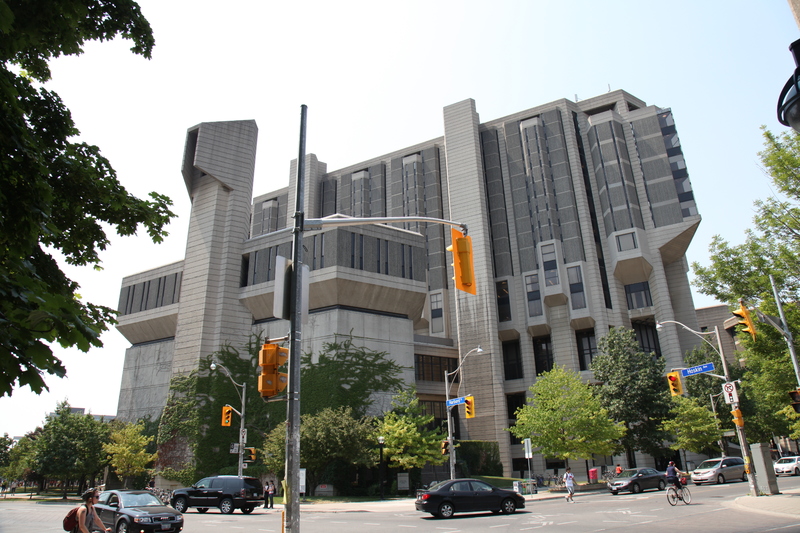 Affectionately known as “Fort Book” by many generations of students, the humanities and social sciences research library was the University’s Centennial project as envisioned by University of Toronto President Claude T. Bissell.

Initial plans for the expansion of the central library called for additions to the existing building on King’s College Circle. However, a library committee, chaired by Chief Librarian Dr. Robert H. Blackburn, was ultimately formed to study the feasibility of constructing a new building. In March of 1963 the Users’ Committee on the Central Library issued its first report, asking for 401,930 square feet for the library and 17,000 square feet for the Library School. In 1965 the proposal was expanded to 488,695 square feet for the library and 52,175 for the Library School.

An entire city block—bounded by St. George Street, Sussex Avenue, Huron Street and Harbord Street—was expropriated and razed. Following a tour of academic library buildings in the United States, the committee hired the New York architectural firm Warner, Burns, Toan & Lunde to design the building, in consultation with local Toronto architects Mathers & Haldenby. The geometric design was selected from sketches submitted by the architects. The daring, Brutalist form pleased President Bissell and ensured that each of the one-thousand private study carrels included a window.

The official opening of the Robarts Library complex, completed at a cost of $42 million, took place on July 30, 1973. The two wings had been completed first, with the School of Library Science building (re-named the Claude T. Bissell building in 1984, home of the Faculty of Information) opening in the summer of 1972 and the Thomas Fisher Rare Book Library opening in December 1972.

After decades of use the facilities were in need of an update, and in 2008 a major revitalization began. The five-year project added nine hundred new or renovated study spaces, twenty new group study rooms, more natural light and better connectivity. Glass enclosures were added to connect the north and south wings to the main building, and the Media Commons and Map & Data Library were renovated.