Richard Landon (1942-2011) arrived at the University of Toronto Library in 1967 as cataloguer in the Department of Rare Books and Special Collections, then located at 45 Charles Street. He became head of the Thomas Fisher Rare Book Library in 1976 and director in 1988. Landon helped establish the Thomas Fisher Rare Book Library as a premier research library with rich collections of national and international significance. During his tenure, Rare Books and Special Collections expanded from 40 000 volumes to over 700 000 volumes and 3 000 linear metres of archival holdings by 2011. Indeed, many refer to the Fisher Library affectionately as “the house that Richard built.” A rare books professor and great mentor, Richard had an indelible impact on generations in the field of rare books. 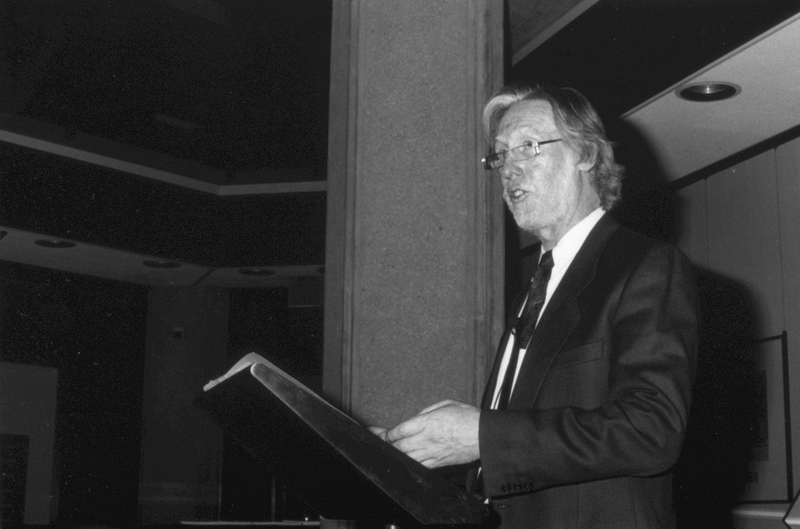 Richard Landon speaking at the tenth anniversary of the Friends of the Fisher in November 1994.