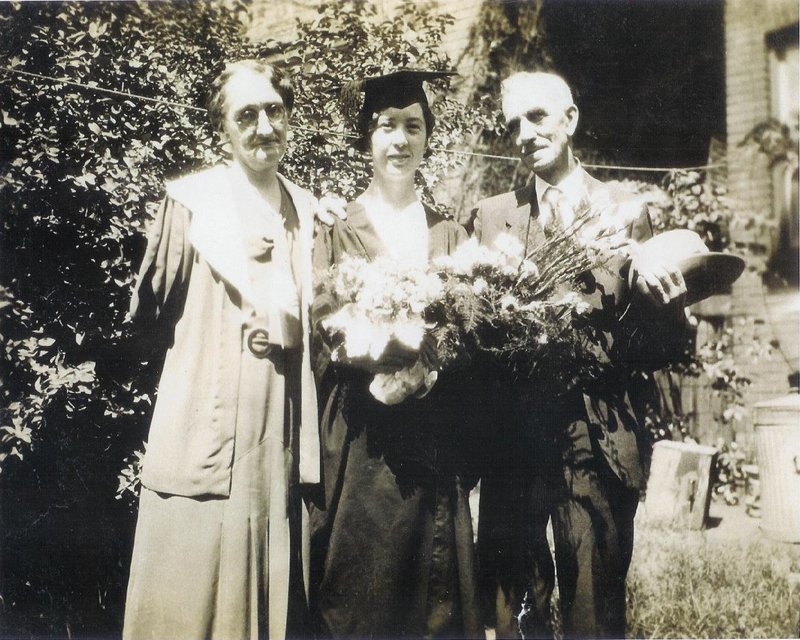 Alice Moulton with her maternal grandparents at her graduation from the University of Toronto in 1933.

A graduate of the University of Toronto (Class of 1933), Alice Moulton was appointed as a librarian to the Sigmund Samuel Library in 1942 , and later promoted to Head, Circulation Department, managing “a large staff with her signature mixture of strength and kindness”.

Moulton arranged the transfer of collections from the Sigmund Samuel Library to the newly constructed John P. Robarts Library, a project that involved the move of one million items.

The Alice Moulton Room, located in the Gerstein Science Information Centre, was named after her retirement in 1977. It was rededicated on September 16, 2003 in honour of her outstanding service to the library over the course of her career, which spanned five decades.