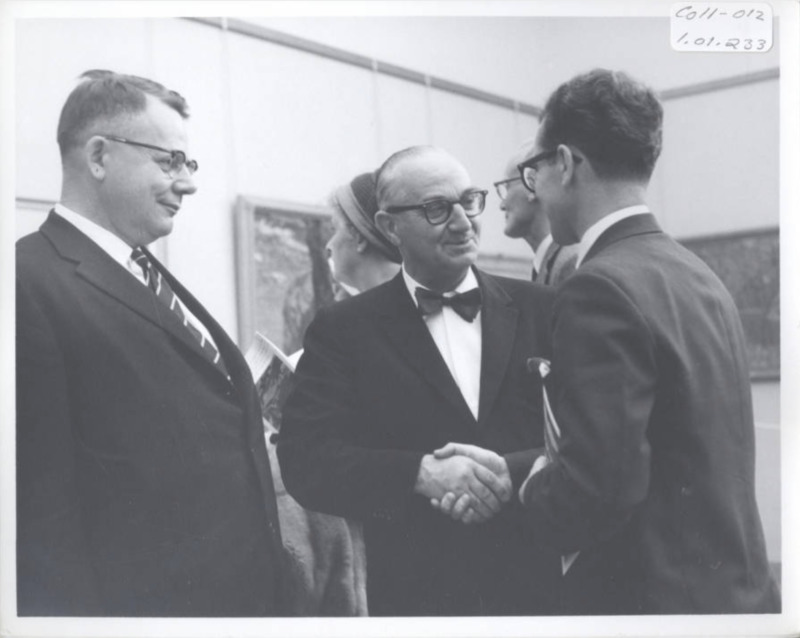 Joseph "Joey" Roberts Smallwood (1900-1991) was a Liberal politician best known for his role in the confederation of Newfoundland and as Newfoundland's first premier. Born and raised in Newfoundland, Smallwood's early career in journalism led him to campaign for the Socialist Party of America in New York City before returning to Newfoundland to become a union organizer and broadcaster. In 1946, Smallwood was elected to Newfoundland's first National Convention, where he began to advocate for Confederation. He was a member of the first delegation sent to Ottawa in 1947 to negotiate the terms of confederation with Canada, and became campaign manager for the Confederate Association in 1948, and served as premier of the province from 1949 to 1972. During his tenure, he was known for modernizing Newfoundland's economy, transportation and education systems. Following his retirement from politics, Smallwood wrote several books including I Chose Canada and The Encyclopedia of Newfoundland and Labrador. Smallwood was appointed to the Order of Canada in 1986.

Unlike the other interviews in the Canadian Public Figures on Tape series, this interview was obtained from a recording of the 1971 Annual Meeting of the Canadian Historical Association, and features a conversational interview between Joey Smallwood and Jack Pickersgill conducted in front of a live audience. Both men discuss the origins of the idea of Confederation, as well as the lengthy process of negotiations. Highlights from the interview include how Smallwood and Pickersgill met, Smallwood's initial negotiations in Ottawa, his efforts to negotiate the demands of both Newfoundland and Canada during Confederation, the creation of the 1948 Newfoundland referendums and the process through which Newfoundland ultimately joined Canada as a province.