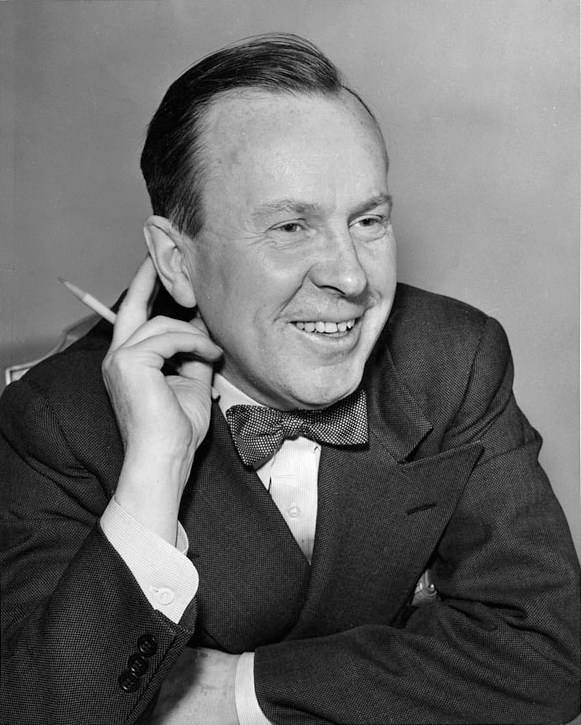 "Lester B. Pearson with a pencil" is provided courtesy of Library and Archives Canada.

Lester Bowles Pearson (1897-1972) was a Liberal politician best known as the 14th Prime Minister of Canada. He studied at the University of Toronto and at Oxford, and worked as a history teacher before transitioning into a career at the newly-established Department of External Affairs in 1928. Pearson was appointed as Canadian Ambassador to the United States in 1945 and played an important role in the creation of both the United Nations and the North Atlantic Treaty Organization. He served as the Secretary of State for External Affairs for both Prime Ministers Mackenzie King and Louis St. Laurent, as well as the MP for Algoma East (1948-1968). Before becoming Prime Minister in 1963, Pearson won the Nobel Peace Prize in 1957 for his role in resolving the Suez Crisis. During his service as Prime Minister, he is noted for implementing the Canadian Pension Plan, universal health care, and the creation of the new Canadian flag. Pearson retired from politics in 1968 and became a history lecturer at Carleton University while also serving as the first chairman of the International Development Research Centre.

Pearson discusses his tenure as Prime Minister and his career in foreign affairs with interviewer Richard Alway. Notable segments include his Methodist upbringing, his service during World War I as influential in his career interests as an international peacekeeper, his studies at Oxford and his transition from lecturing in history to joining the Department of External Affairs, his involvement in World War II and the Suez Crisis, his participation in the United Nations, and finally his time as Prime Minister, including his experience as a Liberal minority leader.

Pearson discusses his boyhood, his WWI service and his interest in peacekeeping and international affairs. He also describes joining the Department of External Affairs and how he perceived the world events of the 1930s and 1940s.

Pearson discusses the effectiveness of the UN and its role in the Suez Crisis, and winning the 1957 Nobel Peace Price. He also describes winning the Liberal leadership from Paul Martin, leading a small opposition, and his agenda as Prime Minister.

Pearson concludes the interview with a discussion on governing Quebec, the problem of US "cultural control" and the potential dangers of the Cold War.