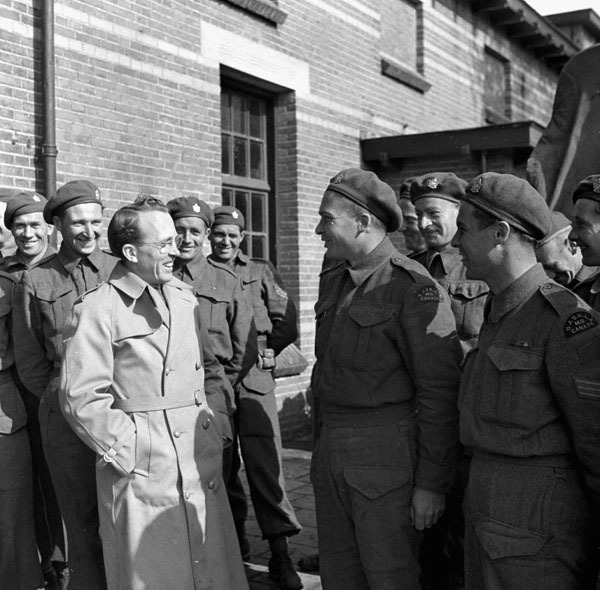 Thomas Clement "Tommy" Douglas (1904-1986) was a Canadian politician, best known for his service as the Premier of Saskatchewan (1944-1961) and leader of the New Democratic Party (1961-1971). Born and raised in Falkirk, Scotland, Douglas immigrated with his family to Winnipeg in 1910, and began his career in politics by joining the newly-formed Co-operative Commonwealth Federation (CCF) which carried him to the House of Commons in 1935. As leader of the CCF in Saskatchewan, Douglas was elected as the province's Premier in 1944, during which time he introduced universal insurance for hospital care in the province, the Saskatchewan Bill of Rights and the Saskatchewan Power Corporation. As the federal NDP leader, Douglas led voting efforts against the War Measures Act (1970). After stepping down as the NDP leader in 1971, Douglas co-founded the Coldwell-Douglas Foundation, and retired from politics completely in 1979.

Tommy Douglas discusses his influence in both provincial and national politics with interviewer Richard Alway. Douglas opens with commentary on the problems with foreign ownership and control of corporations in Canadian business, then moves on to describe the growth of the New Democratic Party in Canada. He also discusses his experience as the Premier of Saskatchewan and his accomplishments under the Co-operative Commonwealth Federation including the first medicare program in Canada, a hospital insurance program, and bringing power and gas to rural communities in Saskatchewan. Douglas briefly compares leading the NDP under Prime Ministers Diefenbaker and Pearson before moving on to the current issues of 1970s Canadian politics, including American and Japanese influences in Canadian industry and the decreasing power of Canadian government.