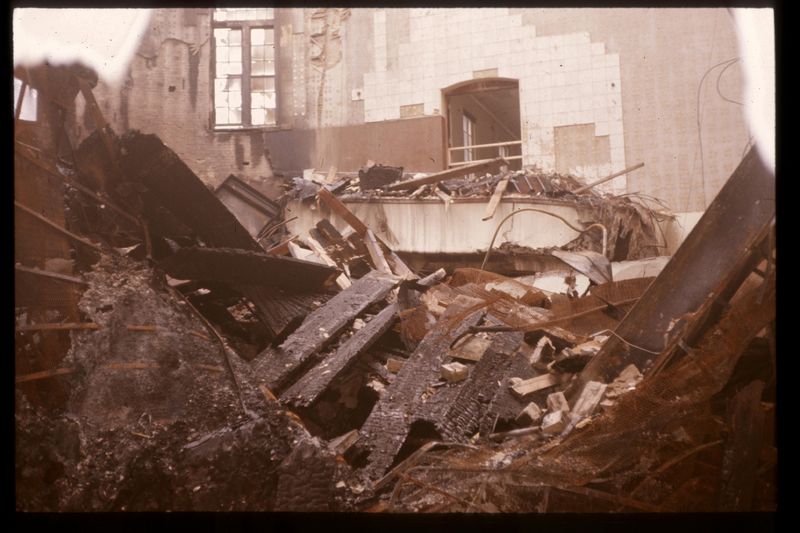 I was in 3rd year ELE that year. As I walked to skule that morning from the Queen’s Park station along College Street it was clear that there had been a fire somewhere, you could smell it in the air. Turned the corner to arrive at skule to the commotion and shock of the smoldering SF building. I was supposed to have a lecture that morning in the grand old large Sandford Fleming Room 126 lecture hall which looked like it was ground zero of the fire. Of course skule was cancelled until other arrangements could be made. Was a real shame. The building, especially that lecture hall, although showing its age had real character. Lots of oak finishing. Michael Mirsky (ElecE 7T8) 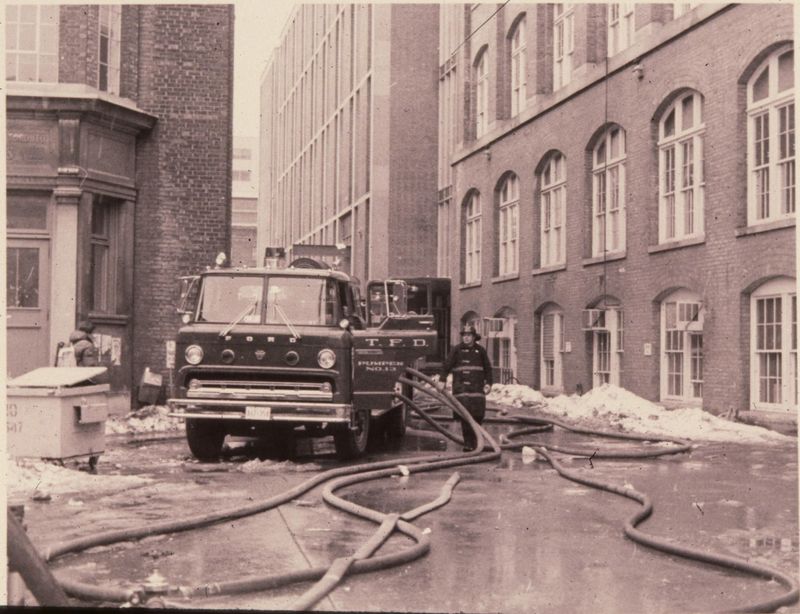 One of the recollections I have is our attempts to get to our classrooms the morning after the fire (dedicated students that we were).  A few of us were dodging fire trucks, stepping over fire hoses and leaping over puddles until one of the firefighters screamed at us to get away from there.  I vividly remember him yelling "for University students, you guys aren't very smart!"  I guess that comment and observation stuck with me! John Mende (CivE 8T0) 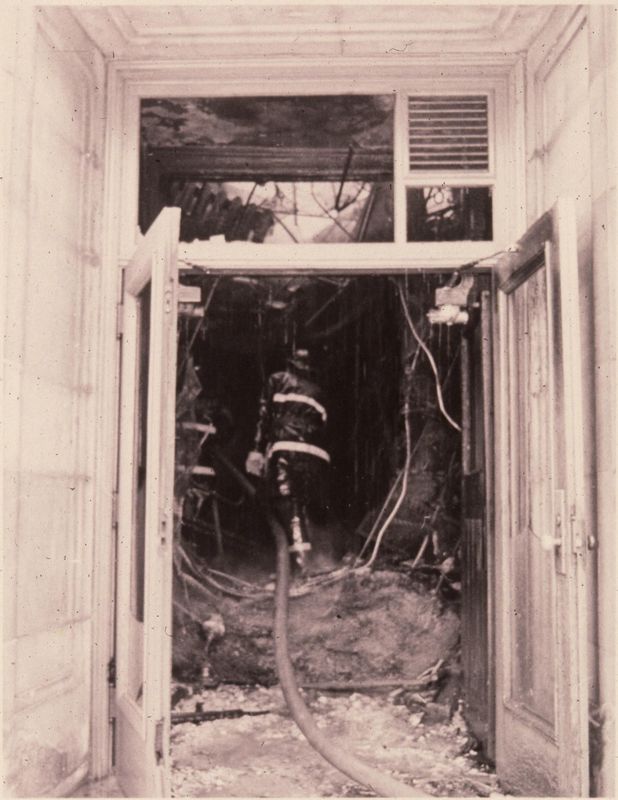 I was part way through my Industrial Engineering program in 1977 and on campus both the day of and day after the fire. There was a surreal air on the lower part of campus the morning after, as there is after any big calamity. Due to the one very large lecture theatre in the centre of the building, there was probably not a single engineering student that had not attended some class lecture(s) or extracurricular activity in that space, so there was some degree of personal connection for everyone, staff and students alike. David Bowden (IndE 7T9) 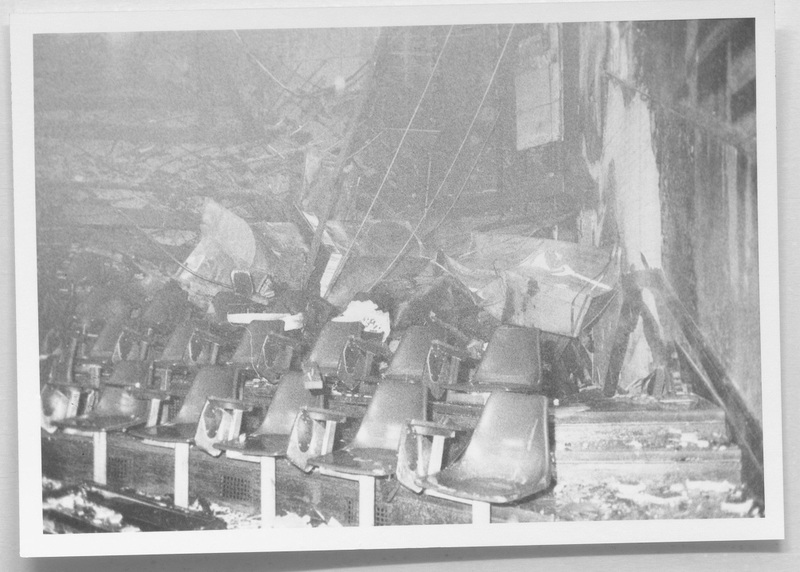 I recall the beautiful round lecture hall, which burned like a barbecue pit. Anonymous (EngSci 7T8)