Witnesses to the Fire 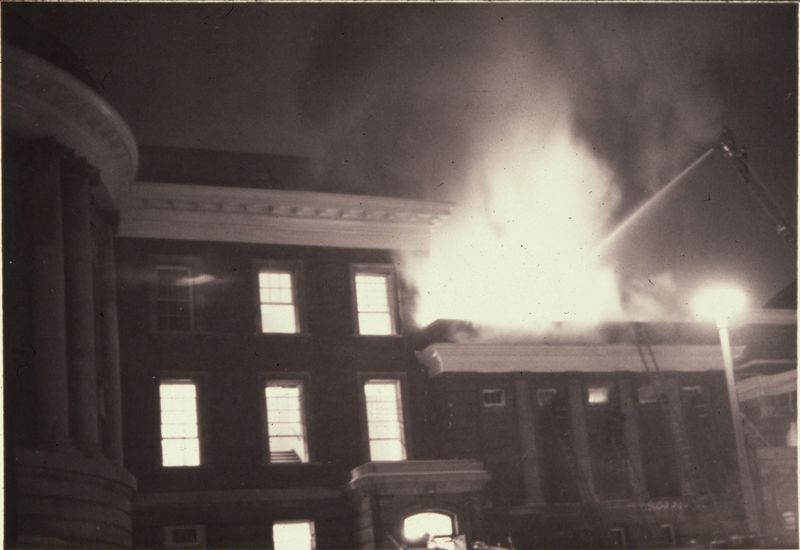 I was there. My room at Knox College was on the 4th floor in East House, near Simcoe Hall. Looking over Convocation Hall, I watched with others as flames, smoke and steam reached skyward. We thought, if it spreads to Con Hall and Simcoe Hall, we are next. Anonymous (EngSci 7T8) 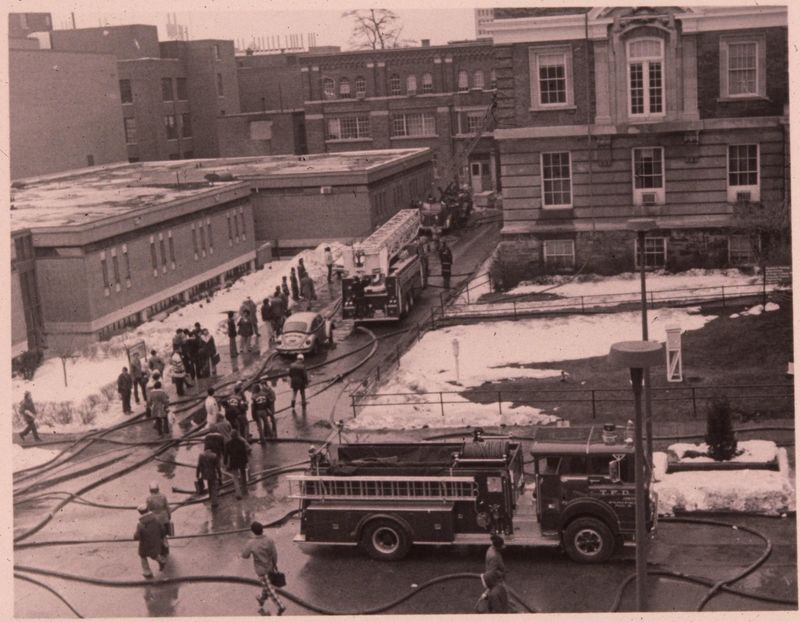 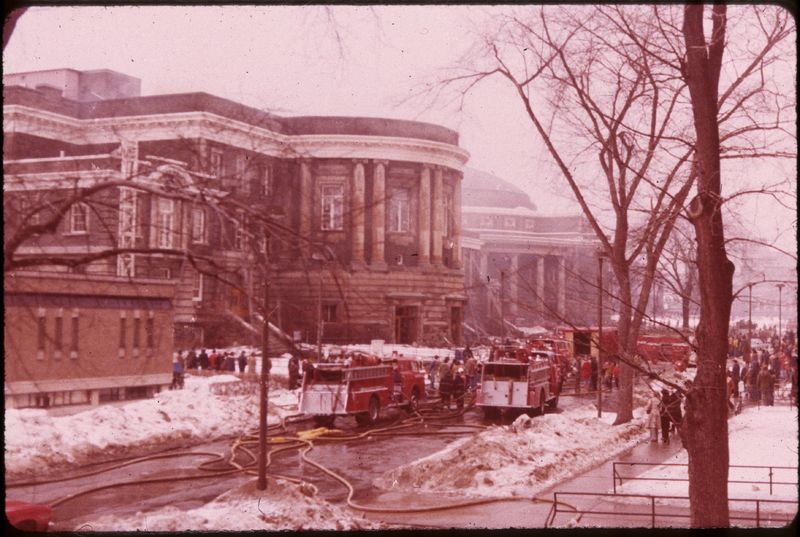 We were freshmen. I remember it being cavernous, but beautiful.  I remember it having a balcony that was condemned.  I don’t remember much else because it was just this old, run-down, non-descript building (remember, I was a dumb-ass freshman with no appreciation for history or architecture). That only lasted a few weeks as the fire took place in the winter (January/February?).  I remember coming to campus (I commuted every day from Etobicoke) totally oblivious to the fire (remember, this was the ‘70’s and there were no hand-held devices/internet and unless you listened to the radio news in the morning there was no way of knowing).  I remember there were fire trucks and firemen and police everywhere when I arrived.  We all stood around trying to figure out what had happened.  I don’t think I had classes there that day, and I think neighbouring buildings were also affected – so classes were cancelled. Henry Ulozas (CivE 8T0)