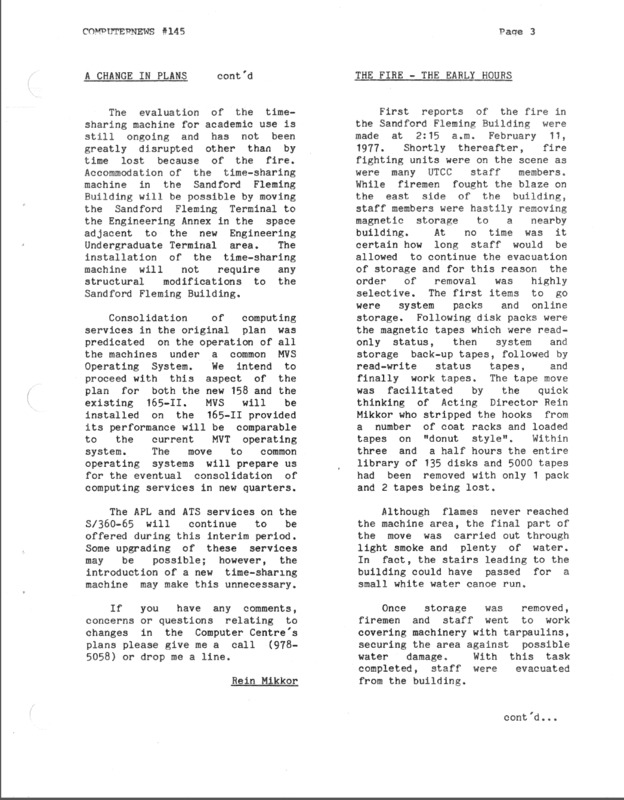 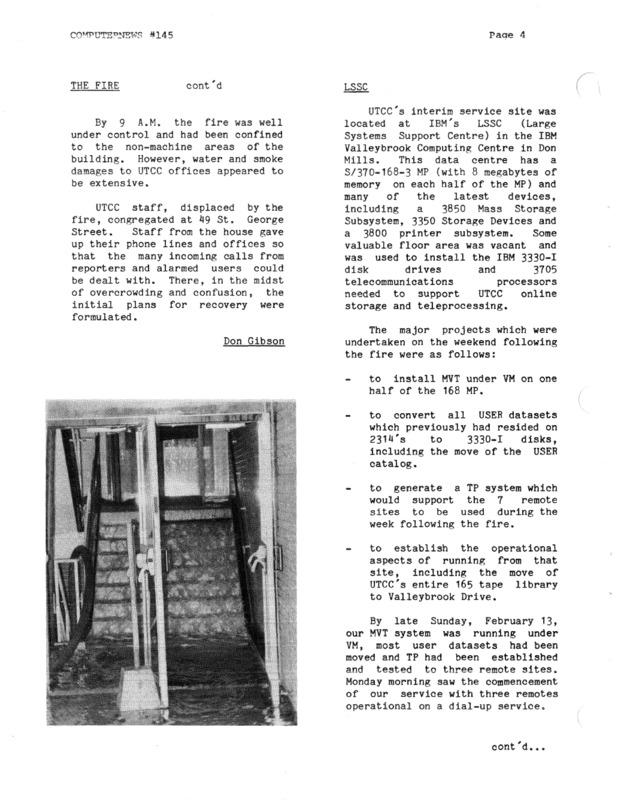 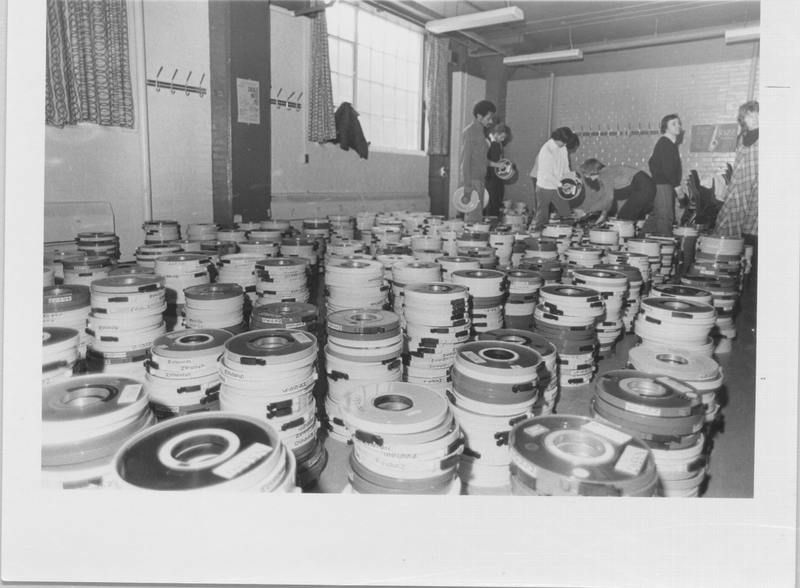 I remember that night quite well.  My Devonshire roommate Mech8T0 stomped into our room very upset that he couldn't get his computer assignment done because the card reader ate his cards and didn't print!  It wasn't until we actually woke up in the morning that he added the fact that his cards were all gone because the fire shut down the computer.  He said it was a mad house in there trying to get the last job through the card reader before they were forced to leave the building.  He was convinced that it would result in his flunking out. Jim Thompson (CivE 8T0) 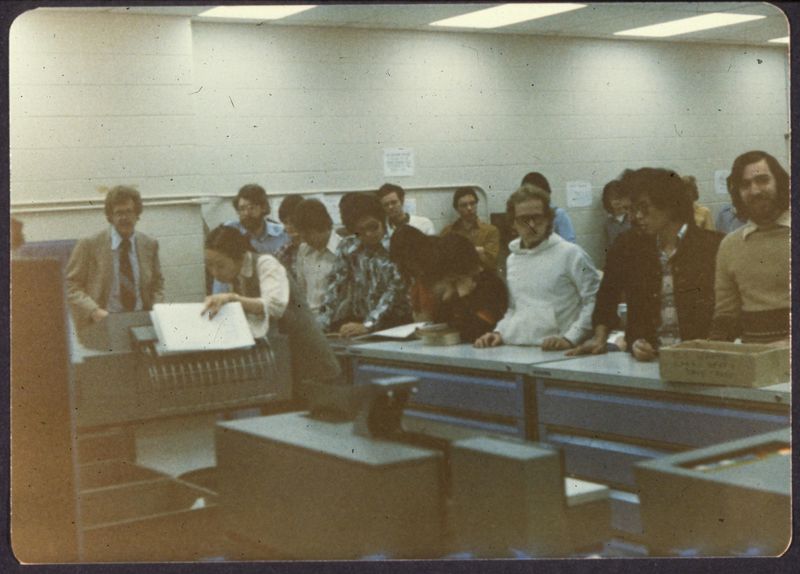 At the time I was a second year student and in the building trying to complete a computer science assignment that was due that week.  I often liked working later in the evening and at times overnight as it was easier to find available keypunches to program and space to work on the assignment.  During the day the facilities tended to be packed with students and there would be no space anywhere.  Well on that particular night, there were still a few students using the facility.  We all heard a bell ringing but completely ignored it as we were transfixed on programming. We were in part of the building that had not been affected by the fire, no smoke or anything.  The computer mainframe was still up and working so there was no sense of anything wrong or incentive for us to leave. It wasn’t until a fireman came into the room that told, well was more like yelled to leave the building now that we all left. [This is me on the rightmost side of that photo]. Lidio Presutti (Computer Science, 1979)