Cause of the Fire 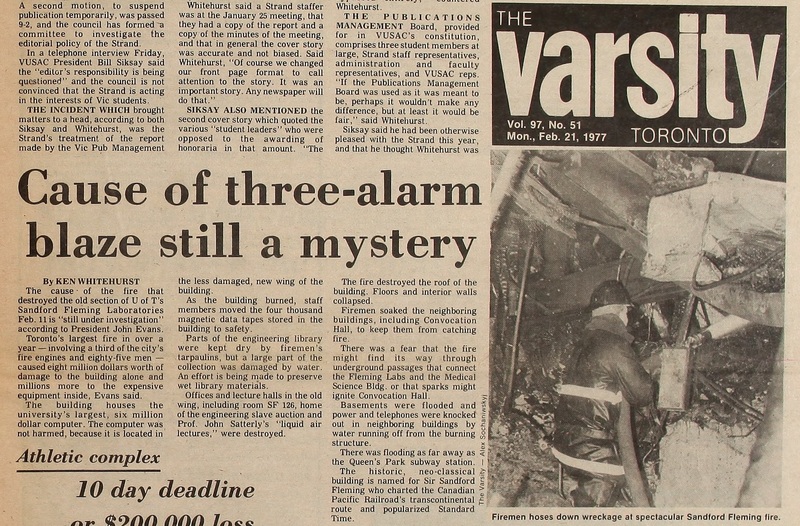 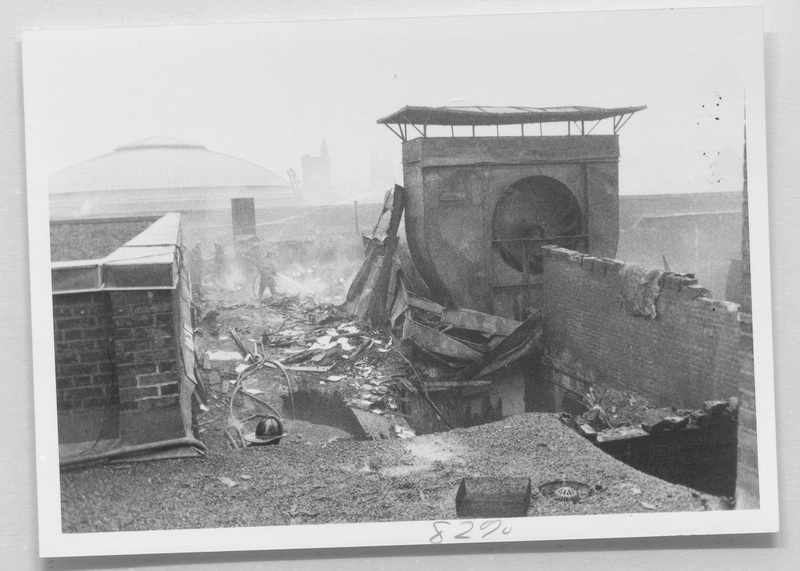 The fire started in the attic which may have contained flammable insulation.  The offices on the top floor were pretty well destroyed, but lower floors mostly suffered water damage but were otherwise intact. This was because the Sandford Fleming building was built to industrial standards with "mill flooring".   The floors were 2x12 timbers face nailed together.  It takes a long time to burn through 12 inches of solid timber. Dave Wortman, Professor Emeritus

They were never certain about how the fire started. The two theories  were "electrical wiring fault", and "homeless guy smoking in the building". Both are plausible, since the wiring still had remnants from when the building was built (1920s?), and since it was open 24x7 there were sometimes crusty old guys who would hole up in in the (unfinished and mostly empty) basement. Once in a while you'd see the campus cops kicking some guy out, but mostly they weren't bothered if they didn't make trouble. They do know where it started - in the square section on the north-east corner, which was a lecture room with steeply tiered seats, and lots of paper and who knows what gunk piled up under them over the years. Tony Harminc, UTCC employee