The history of SkuleTM Nite is best told by the documents of the past which capture and describe the origins and many stories of this event. Sadly, some documents were not available, so we have pieced together what we could with the digital records that were located. These images have been taken from full issues of the Toike Oike, the Cannon and past programs. Most items, if you click on them, will link to a PDF of the information in situ.

Here is a brief timeline of major events in the creation and evolution of Skule Nite.

March 2, 1921: "NGYNRS in SPaSms," a revue that is considered the precursor to SkuleTMNite, is first held in Massey Hall.

1923: The show is moved to Hart House and is renamed "School Night." The performance itself was only a small part of the event - there were other activities featured, such as sports games, waterpolo exhibitions, and dancing.

1943: The spelling of the event is changed to "SkuleTM Nite."

1945: The extra events accompanying Skule Nite are stopped, leaving only the revue.

1973: Skule Nite is revived and has been held yearly ever since. 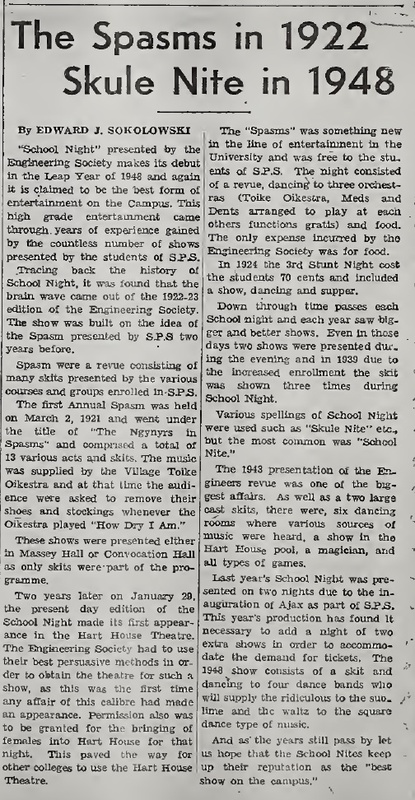 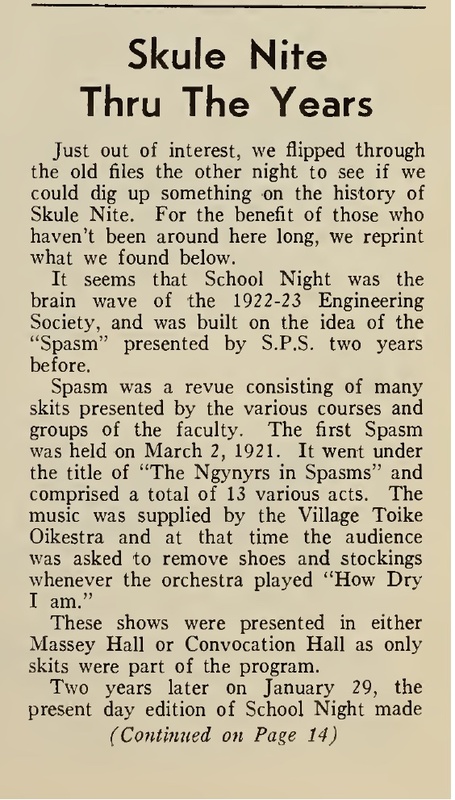 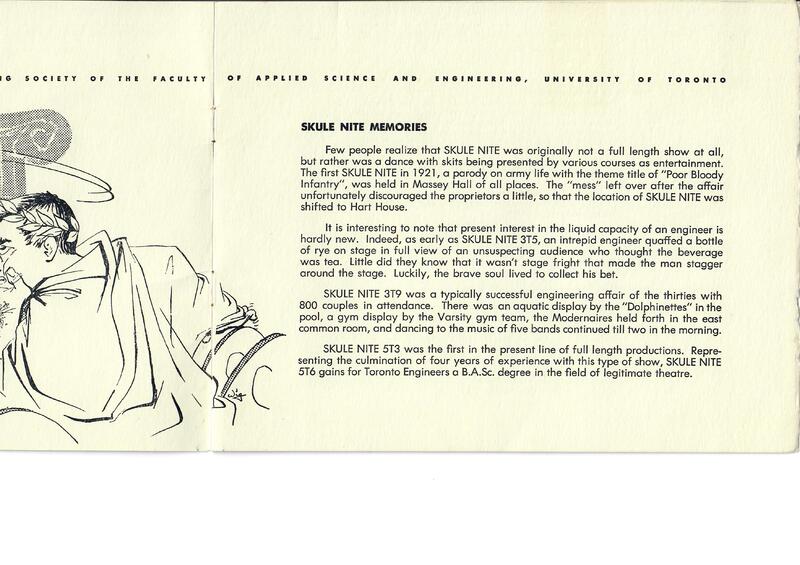 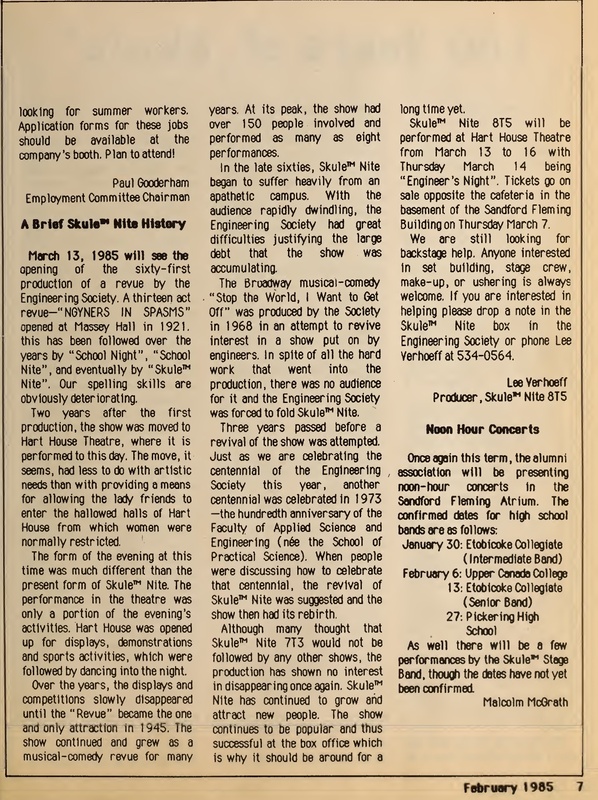 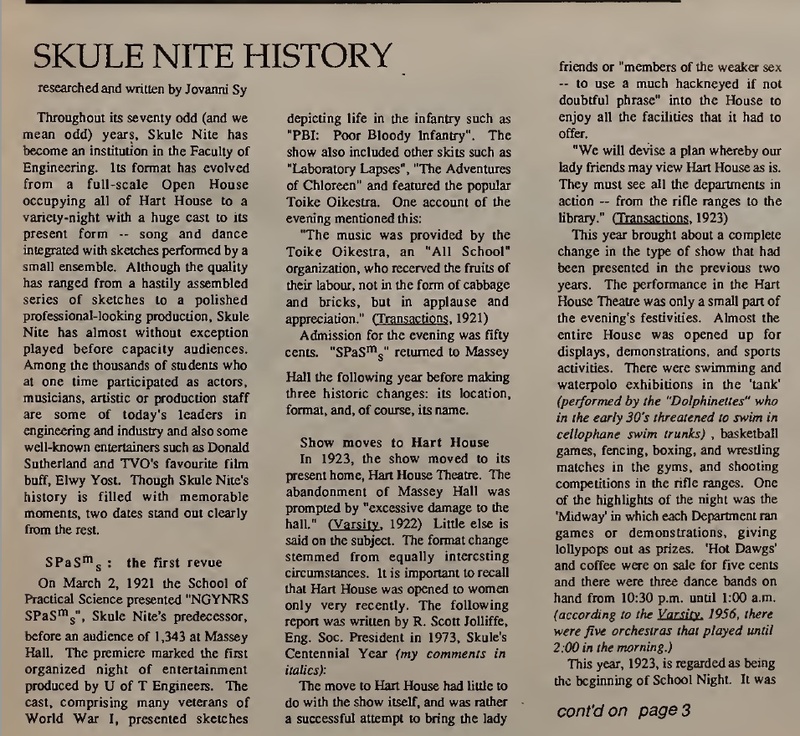 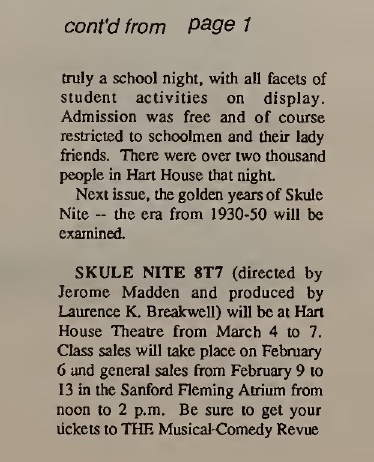 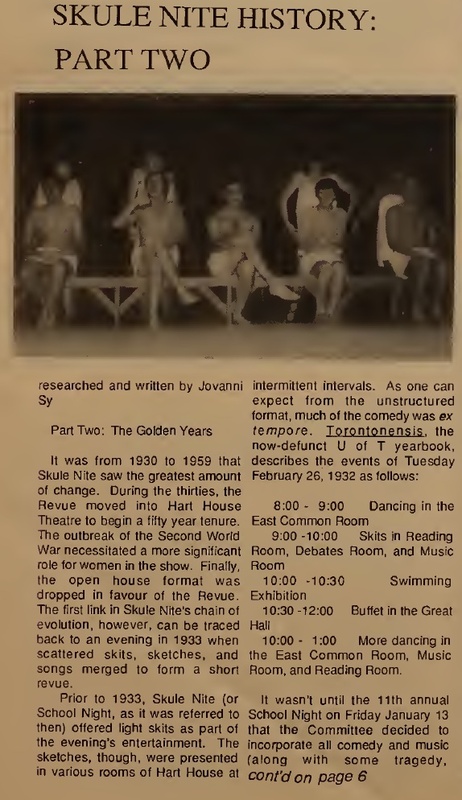 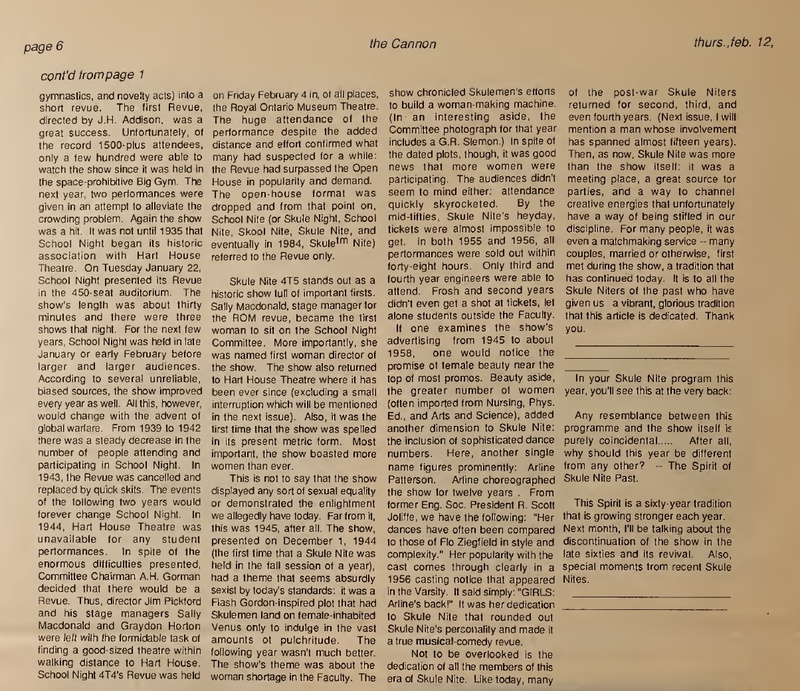 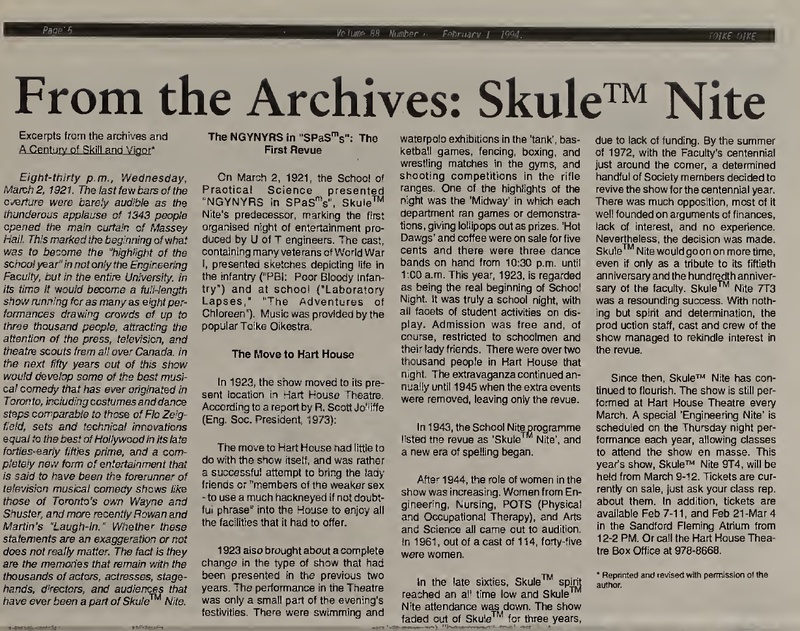