The Sewer at Bloor flows mainly towards the Don 6T4

I became Producer for SN6T4...A new feature that year was a silent movie The Sewer At Bloor Flows Mainly Towards The Don shot in 16mm. The musical accompaniment was a swinging version of Satin Doll played by the Peter Grant Big Band. Projection was from the booth in the back of the Hart House Theatre using a carbon arc lit projector onto a roll down cotton screen. It was all primitive technology but it worked and even got an honourable mention in the Toronto Star review. J. Gilling, Cast 6T2, Stage Manager 6T3, Producer 6T4, Business Manager 6T5

Photos taken in October 1963 during the movie shoot "The Sewer at Bloor flows mainly towards the Don". 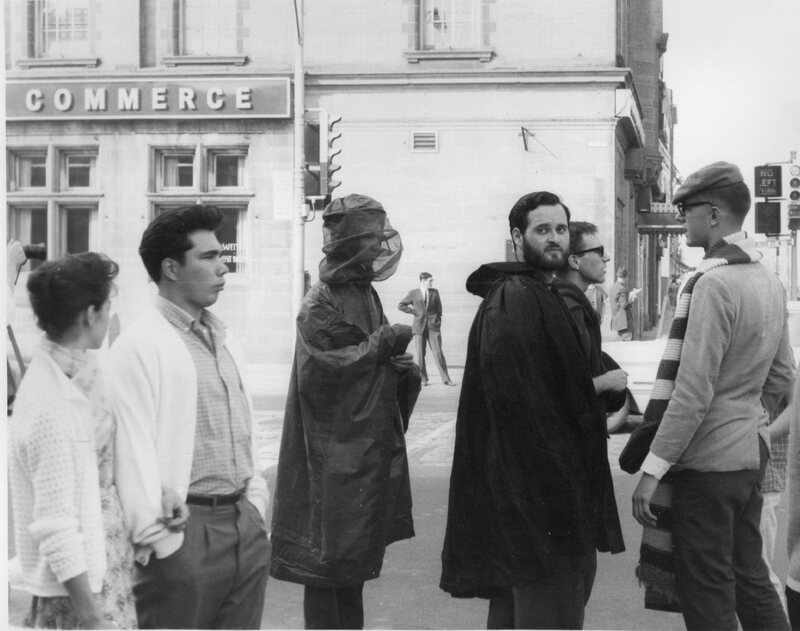 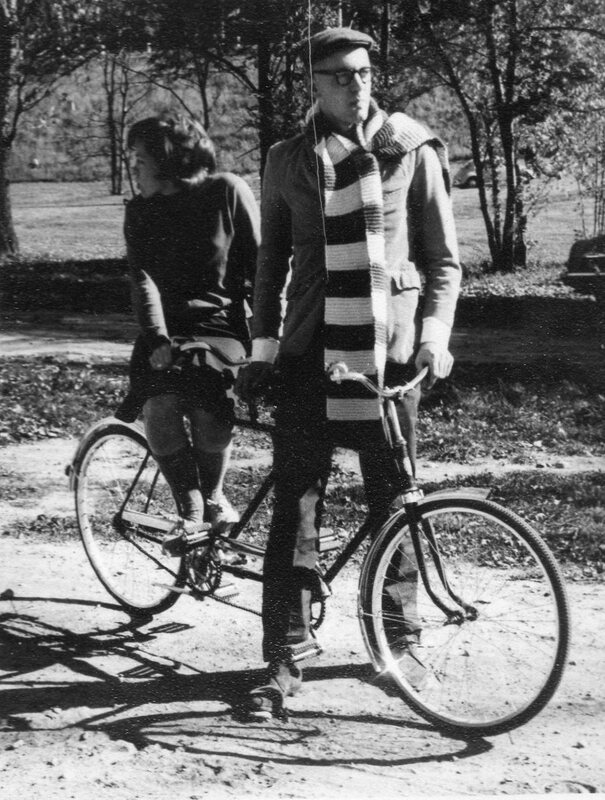 On the tandem bike are Wendy Turnbull and my flat and classmate Bob (RJ) Ferguson, (deceased 2016). 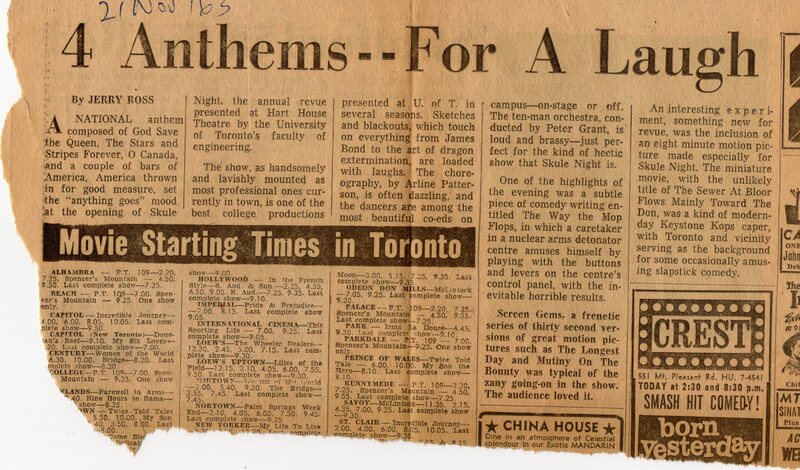