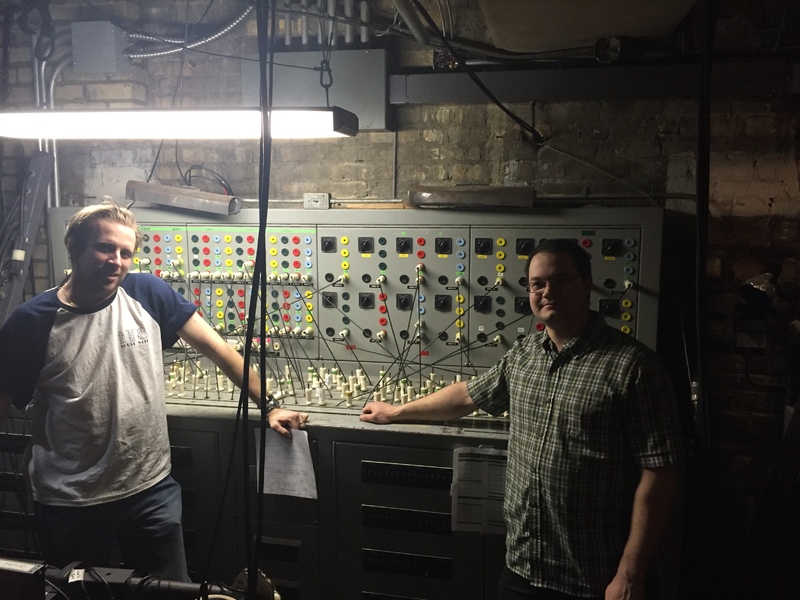 I was with SkuleTM Nite as a student from 0T7 to 0T9, with the lighting team all three years. For some context as to how that team worked those years, there was a Head of Lighting who was responsible overall for the department, and under them was the Lighting Programmer (who generally speaking was the second-in-command, but didn't directly oversee anyone else on the team), and then the Lighting Crew. The job of the head and the crew was to get the physical infrastructure (lights, power, etc) in place, while the programmer pre-programmed the show into the lighting console as a series of cues such that on show nights you were just running the show by hitting a button to go to the next cue. M. Hawkins, Lighting 0T7, 0T8, 0T9; Lighting Fossil 1T0, 1T2, 1T3, 1T4, 1T5, 1T6, 1T7, 1T8, 1T9, 2T0 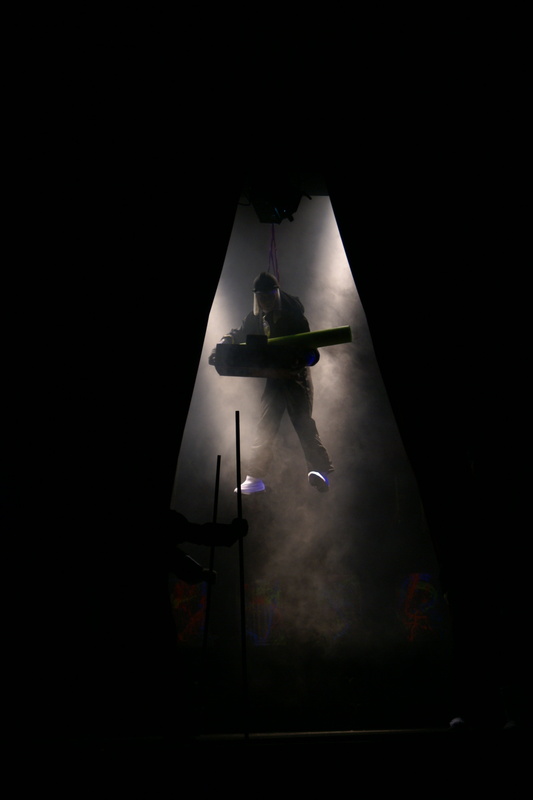 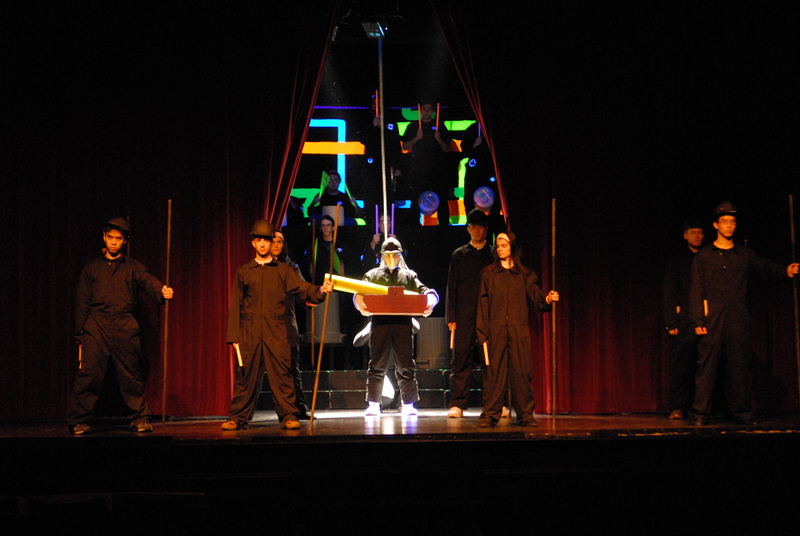 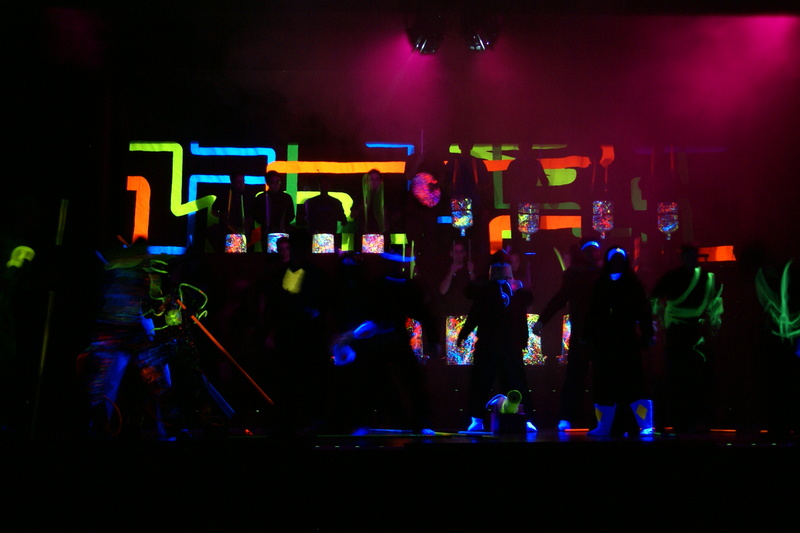 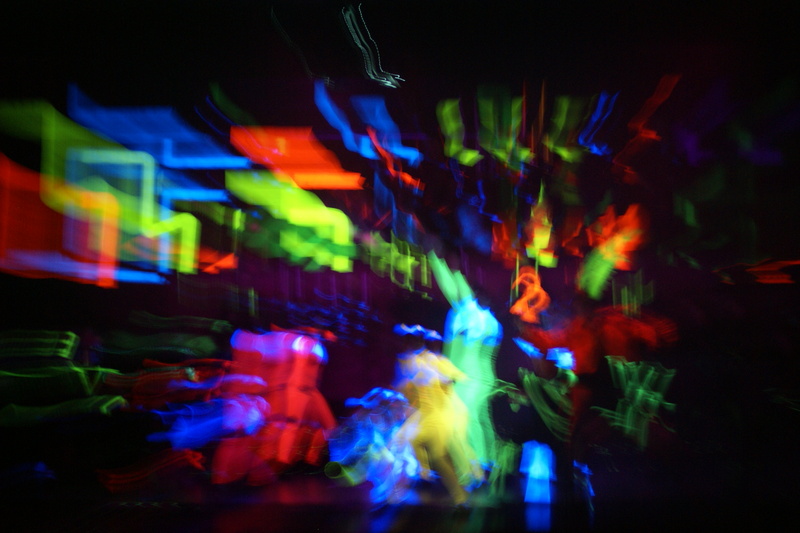 I graduated after SkuleTM Nite 0T9, but I came back as a fossil for SkuleTM Nite 1T0; my intention was to help the new Head of Lighting during the transition... I also had the intention to make a clean break with SkuleTM Nite after that show; I had just started working full time in January, and was moving on with my life. And for a while, that plan held up...In the spring of 2012, I got an email from the SkuleTM Nite 1T2 Producer, Ian Parker, whom I had first brought in to SkuleTM Nite as part of the Lighting Crew in 0T9...That year, they were planning to do a "dark sketch" using EL wire. Unlike regular scenes under light, dark sketches are effectively two dimensional as the light in effect is coming from the actors on stage, so special care has to be taken with the choreography. The last time a dark sketch had been done was in SkuleTM Nite 0T9, where we did a well-received blacklight number as the opening to the second act... I gave my advice and assistance, and the sketch was very well-received... and I caught the nostalgia bug being back in the theatre. I've been involved as a technical fossil ever since. M. Hawkins, Lighting 0T7, 0T8, 0T9; Lighting Fossil 1T0, 1T2, 1T3, 1T4, 1T5, 1T6, 1T7, 1T8, 1T9, 2T0 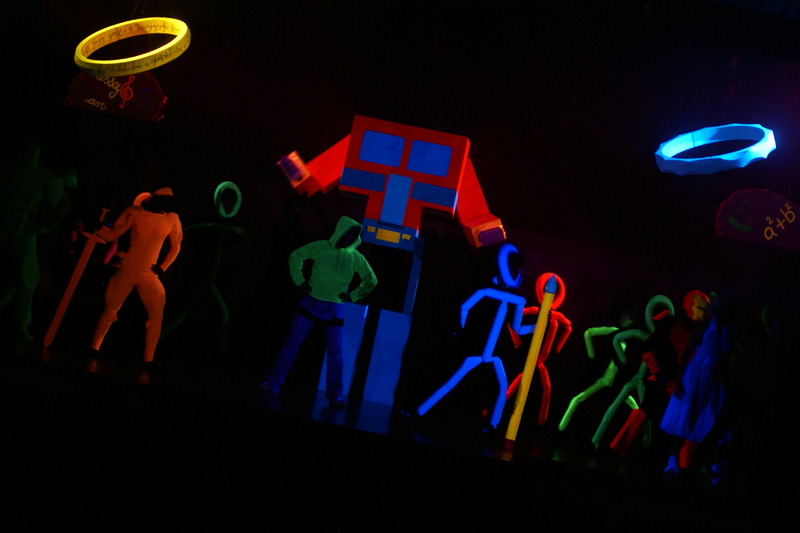 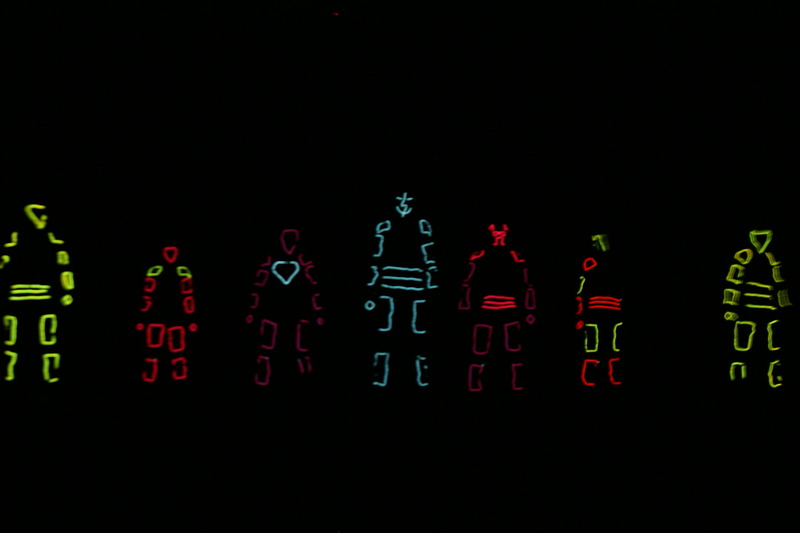 One of my favourite stories, having a Director comment that a disco ball was not bright enough with two fixtures pointed at it, and the Director issuing a challenge to us... so we decided to go overkill and put 16 fixtures on it instead (photo attached)! I just remember the Director commenting afterwards "I should have known better than to challenge you guys". M. Hawkins, Lighting 0T7, 0T8, 0T9; Lighting Fossil 1T0, 1T2, 1T3, 1T4, 1T5, 1T6, 1T7, 1T8, 1T9, 2T0 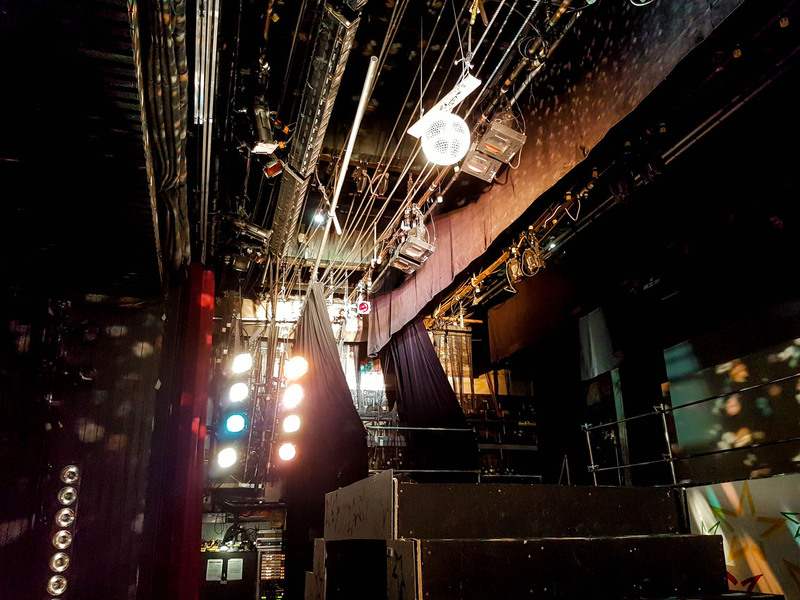 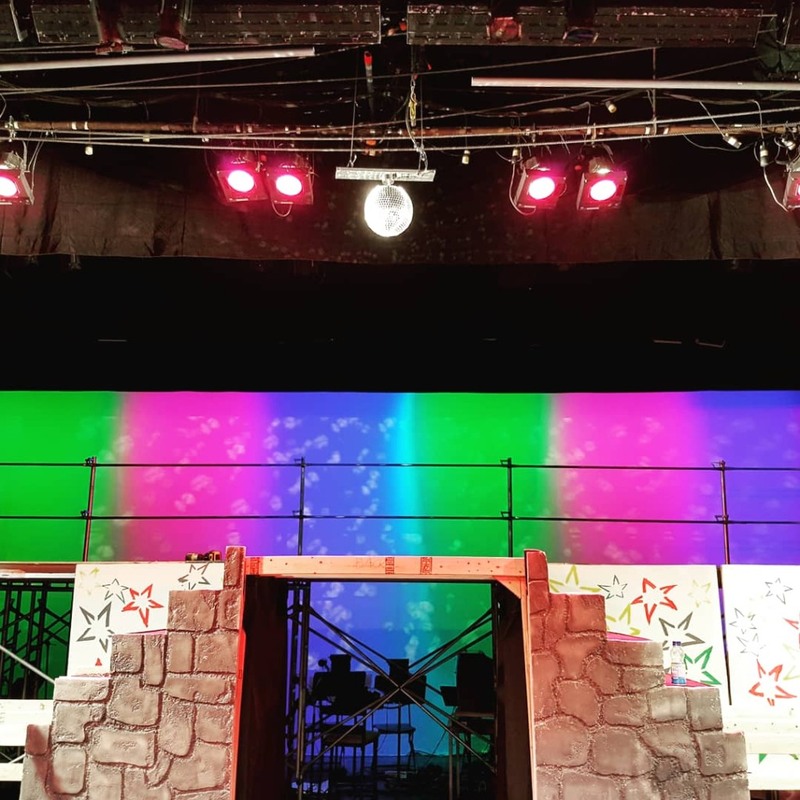