We had just done our Thursday night show. And we went out. And I didn't live at U of T. So I commuted. So I stayed at a friend's house that night. The next morning, got up, and all the streets were blocked off of what's going on. And we saw smoke rising. It was the night that Sandford Fleming burned down. Whoa. Yeah. That all happened while we were out. Having a good time after our Thursday show. They were saying they were like, you guys were lucky because you've moved everything from Sanford Fleming...because we used to do all the sets in Sandford Fleming. And of course, the show opened on the Wednesday. So we had everything out of there in time, because the the fire happened while we were doing the show. P. Nelson Cast 7T7, 7T8, 7T9 Director 8T0 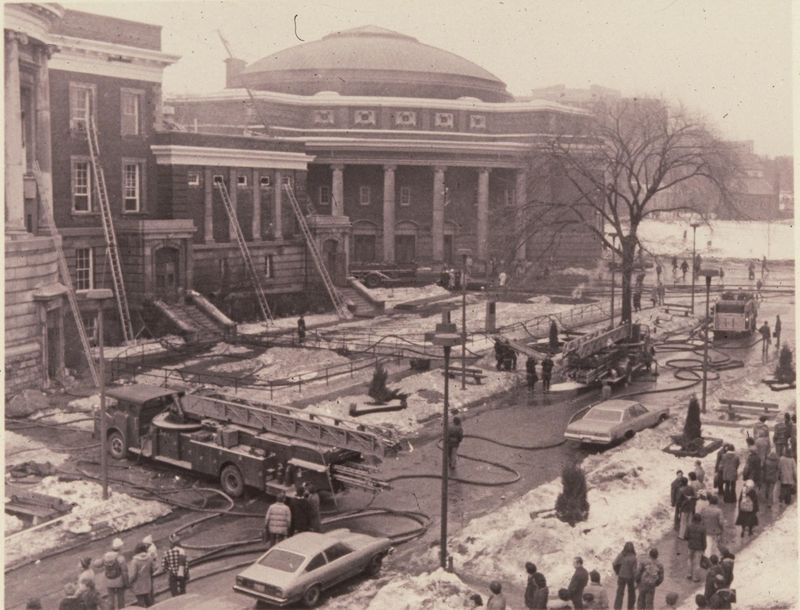