There is one person whose name came up again and again and again and that is Rob West and so he gets his own page to tell his own memories because they span an incredibly long time. Thanks for everything you have done and continue to do for SkuleTM Nite.

Well, I have been a “Fossil”, which is actually an affectionate sobriquet for a “SkuleTM Nite Alumni Advisor”, in some form or another continuously since, and including, SkuleTM Nite 8T4, missing only one, in 0T7, soooo …. 36 SkuleTM Nites. And so you know, I announced my “retirement” from SkuleTM Nite after the 9T8 show, the 25th with which I had been associated, partly because it was surely time to move on, and partly because I was startled to discover that one of the female members of the cast that year, Katherine Martineau, CHE 0T2, was the daughter of Andre Martineau, Eng Sci 7T4, who was in the crew of SkuleTM Nite 7T3! Ohhh, time to move on. On hearing of my “retirement”, the cast and crew of that year’s show gave me an engraved watch, a SkuleTM Nite Clock, and two tickets to SkuleTM Nite, for free, in perpetuity, specifically Seats L13 & L14 in Hart House Theatre! And I have received those seats every year, courtesy of SkuleTM Nite, since, 22 years, and counting. Of course, I came out of retirement the following year, because, well, I couldn’t stay away. So sad. 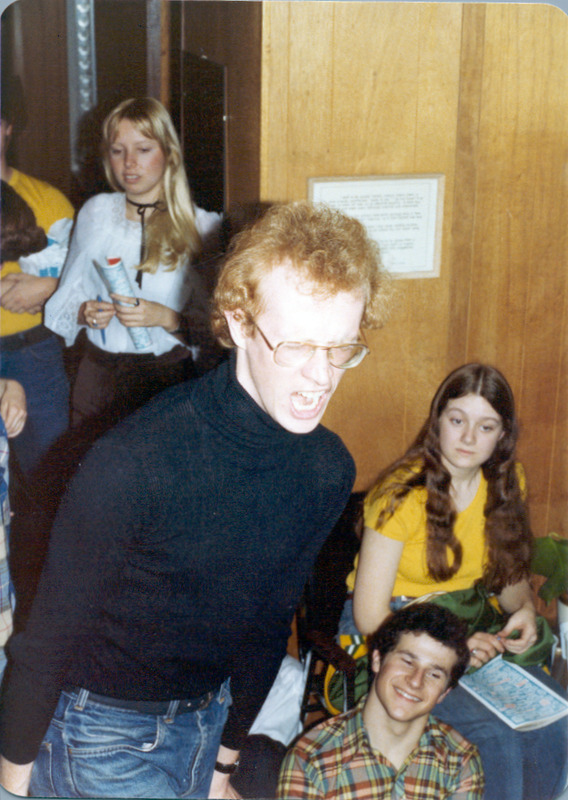 SkuleTM Nite in the 60s was having troubles, this is my understanding, attracting people to see the show. And it was of a different time, it was all about protests and student activism, and light hearted stage farces were not in vogue at the time. So it is my understanding that in 1968, SkuleTM Nite, in fact, did not do a musical comedy review, but they did a what they call a book show, meaning a Broadway show, “Stop the world I want to get off”. And the in producing that show they ultimately lost in 1968 $5,000, which was a fortune. And the Engineering Society had to bear the brunt of that. And the Engineering Society decided to who more or less cancel SkuleTM Nite going forward. And so there was no SkuleTM Nite in 1969, 1970, 1971 and 1972… but in 1972-73 academic year, that was the 100th anniversary of the School of Practical Science,  1873 to 1973 and a number of special festivities were held over the course of that academic year. And one of them was to resurrect SkuleTM Nite…The intent was to do it just the one time. And the original idea was to get individual classes to put on a sketch…Mechanical would do a sketch, Third year Chemical would do a sketch and so on and so forth. That was the intent. Well, that would presume that there was a great widespread interest in pulling this off. And in fact, that did not exist… in the end, it turned out that one class of 75 put on a sketch and that's all they did in the show, one single sketch. And I was in that class at the time and I was in that sketch. So in February 1973 that was the first time I set foot on stage at Hart House theatre. 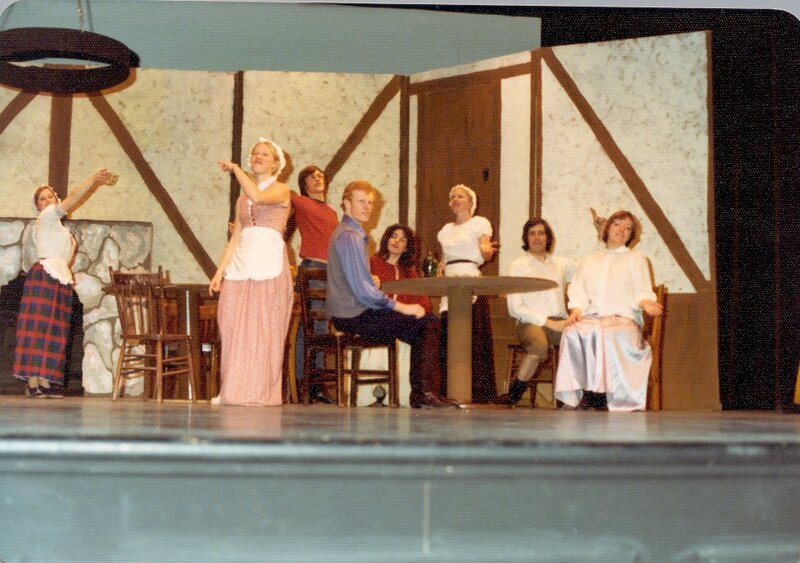 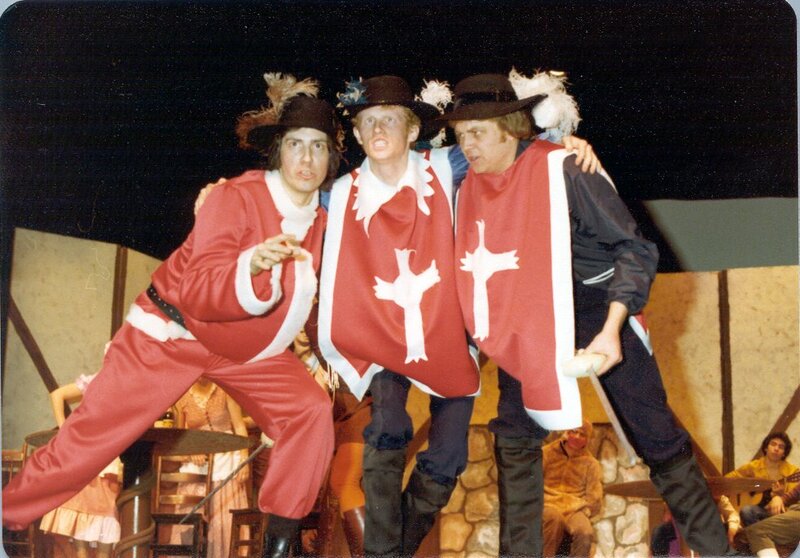 There were very few female engineering students at the time. To give you an idea, I was in EngSci and when we started we had 182 students that year… and there were exactly two female students … the point is that there were very few female engineers such that the women that participated in SkuleTMle Nite, that year, and in fact, for the first several years, were almost entirely non engineering students. They were typically nursing students, or their friends. And that's how it all started. So it was very much the males were engineering students, and the females were nursing students, some of which were friends of nursing students like that. And so that first year, the show was to the people involved, a rousing success. It wasn't exactly the financial success, they did lose a couple of $1,000. But the mood had changed, if I could put it that way with the Engineering Society. And they decided, you know what, that was so much fun. We're going to carry on, and we're going to produce a show next year meaning 73, SkuleTM Nites 74 and then 75. And then it has been going nonstop ever since. 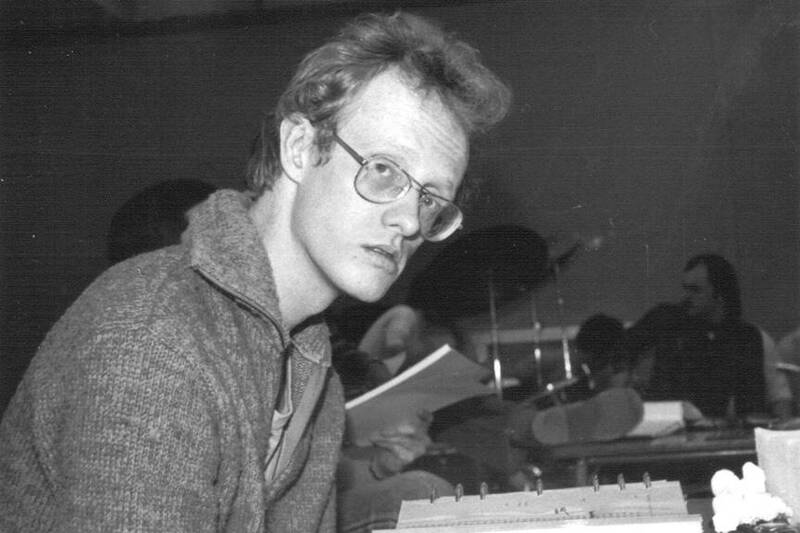 The year I directed, 1983, would obviously stand out. It's something very memorable for me. I mean, for years, it was the longest Skule Nite ever produced, running just about three hours long. Nowadays, they up the good sense to have SkuleTM Nite run two hours plus intermission at most, and and that is the best way to play it. I mean, in SkuleTM Nite, 74. We wrote a 40 minute sketch. It was based on the old TV show Colombo with Peter Falk. And Don Cameron, who was an aerospace engineering student at the time. He did a fabulous Peter Falk impression. And we loved it. And so we put on the show, but think of Saturday Night Live, what is the longest timewise longest sketch they ever do? Four minutes maximum for this sketch was 44, zero minutes long. I mean, who does that? It's because we didn't know any better. but in SkuleTM Nite, 83. My year, I had the good sense not to put in 40 minutes sketches. But I had the bad sense of putting in far too many sketches, and including seventeen musical dance numbers … the most that has been done in the last I don't know, 20 years, is eight.. typically, maybe nine at most, and I put in 17.

I did a lot of things different that year [1983]. And one of the things that was the first year that the orchestra was on stage at the back, and it stayed that has stayed there ever since. So in terms of innovation, I think that was a great step forward. One real negative thing, I had this in my head that the orchestra's should not be seen, necessarily, unless on purpose. And I had the bright idea of putting up ... a translucent screen, that depending on the lighting, you'll see it in theaters that you can see past the screen or not, depending on how you do the lighting. And we spent $250 on it, we spent a lot of time putting it up, and it never ever worked. In other words, you could see through it all the time. And there was this screen there. And it was a great joke, Rob's Folly. They called it and I always thought of it like the chicken wire that they put in front of the band in the Blues Brothers, which interestingly came out just a couple of years before that, where it protected the band from people throwing beer bottles at them. Well, so that was a folly.

In 2009, I received an Arbor Award for “turn(ing) a passion for the performing arts into countless hours of volunteerism for the Faculty of Applied Science and Engineering. For 36 years, the Engineering Alumni Council member has helped engineering students mount the faculty's annual musical comedy-revue, SkuleTM Nite, having acted, at one time or another, as writer, actor, stage manager, director and self-described “fossil” (Director Emeritus). Rob also continues to volunteer for the Hart House Theatre Standing Committee as a board member since 2001.