All your faculties 7T7 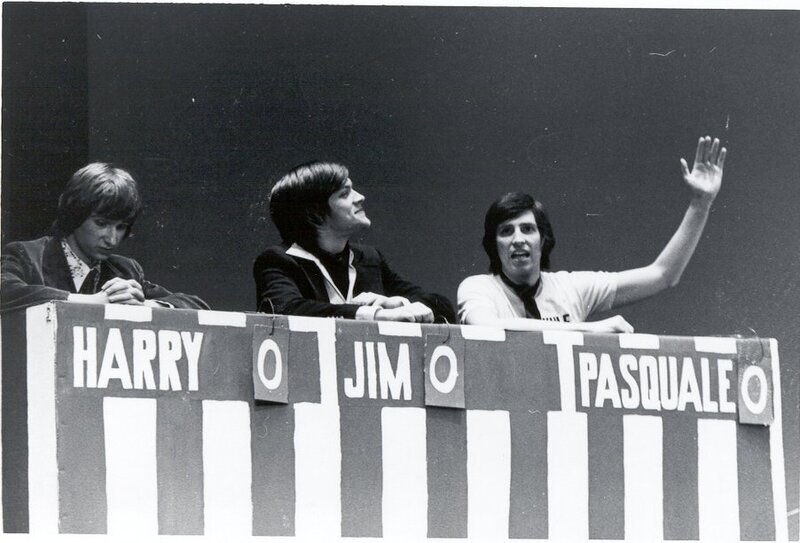 During my first year in SkuleTM Nite (7T7), I was lucky enough to be in a skit with two of the most talented people (in my opinion) in the cast, Jan Piekoszewski (also known as Jan Alphabet) on the left and Paul Baker (rest in peace, Paul, we miss you) on the right of the picture. They both had amazing timing, stage presence and comic abilities. Once, during rehearsals, Paul got into character so much that he was literally drooling onto the floor. We were laughing our heads off. K. Dix, Factotum 7T8, Cast 7T7, 7T8, 7T9