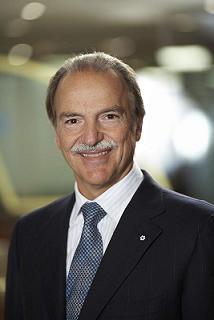 Pierre Lassonde was born in Saint-Hyacinthe, Quebec in 1947. He completed a degree in electrical engineering in Montreal and later pursued an MBA at the University of Utah. Today, Lassonde is well known for establishing the successful mining company, Franco-Nevada Corporation, alongside Seymour Schulich. Lassonde's philanthropic commitment to mining engineering at the University of Toronto has supported programs and projects including the Lassonde Mineral Engineering Program and the 2011 renovations of the Lassonde Mining Building. [7]