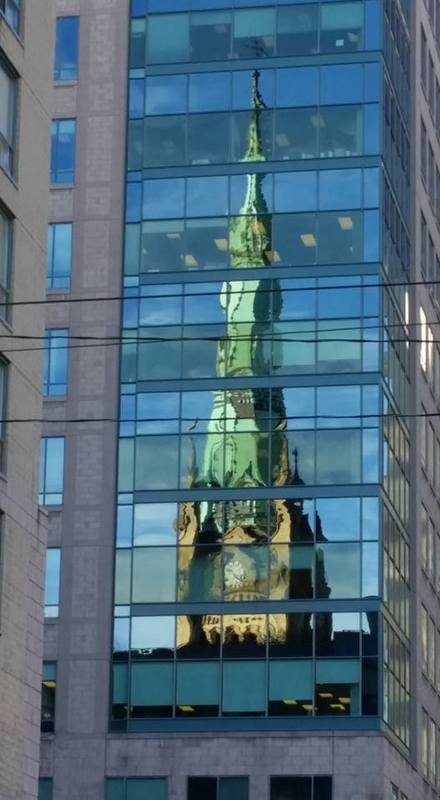 Old in the New: Reflection of St. James Cathedral, West side, Toronto

The Canadian Charter of Rights and Freedoms

The Preamble to the Canadian Charter of Rights and Freedoms states:

“Whereas Canada is founded upon principles that recognize the supremacy of God and the rule of law”.

The signifance of the reference to "the Supremacy of God" in an increasingly secular society is questionable.  In a 1999 B.C. Court of Appeal decision, Madam Justice Southin, writing for the majority, called the Preamble's referece to the supremacy of God "a dead letter".  (See: R. v. Sharpe, 1999 BCCA 416 (CanLII), <http://canlii.ca/t/546z>, retrieved on 2017-03-15.)  When the Supreme Court of Canada heard the appeal in R. v. Sharpe, it was able to render its decision without considering the validity of Southin JA's position about the interpretative significance of the reference to God in the Preamble.

Perhaps the most detailed judicial treatment of the reference to "the supremacy of God" is contained in a 1991 tax law decision by Muldoon J. The taxpayer in that case withheld some of his taxes on the grounds that some of his tax dollars would pay for abortions and providing access to abortions violated his freedom of religion.  Muldoon J rooted the reference to God in the socio-cultural history of Canada.  He also held that the reference to the supremacy of God went only so far as to prevent Canada from officially becoming an athiestic state (akin to the former Soviet Union).  Here is an excerpt from Muldoon J's decision in this case, O’Sullivan v. Canada (M.N.R.):

16     …. The principles based upon the supremacy of God (and its companion basis, the rule of law) are not stated in the preamble but may, in part be found, or logically inferred from the Charter's text and the historical roots of Canada which also evinced those principles.

17     What does the recognition of the supremacy of God mean in constitutional and legal terms? After all, the supremacy of God is recognized by people of many similar and different religions; but their professed worship of God does not prevent them from killing, maiming and torturing each other, including, in many instances, their own co-religionists. Did the inclusion in Canada's constitution of recognition of the supremacy of God mean to make a theocracy of Canada? Hardly. Had the expression been inserted about a century or more, ago, it might have been taken to mean that Canada was a Christian State, or kingdom. Since the first settlement of western Europeans, at first almost exclusively the French, in this land nearly 400 years ago, the religions of North American Europeans were those of western Europe, principally England (later Britain) and France. The Roman Catholic faith to which the taxpayer here adheres, was implanted from the beginning in the early 1600's in New France, which was a virtual theocracy. The arrival of the British brought Protestantism, but the overwhelmingly Christian aspect of the population remained. So ingrained was the popular assumption of the eternally Christian complexion of the population, that whereas minority Roman Catholic and Protestant separate schools were constitutionally recognized, the majority were always content to find their educational formation imparted in public schools. It was thought then, and never foreseen otherwise, that the Canadian public would always remain nearly 100% Christian. So, the taxpayer's religious beliefs and principles are well known in history and generally familiar to the population of Canada. Nevertheless, the late amendment to the Charter in 1981 cannot be construed to have converted Canada into a Roman Catholic theocracy, a Mennonite theocracy, an Anglican theocracy or a Jehovah's Witnesses' theocracy any more than Canada was thereby converted into an Islamic theocracy (whether Sunnite or Shiite), a Hindu theocracy, a Sikh theocracy, or a Buddhist theocracy.

18     What then is meant by this preamble? Obviously it is meant to accord security to all believers in God, no matter what their particular faith and no matter in what beastly manner they behave to others. In assuring that security to believers, this recognition of the supremacy of God means that, unless or until the Constitution be amended -- the best of the alternatives imaginable -- Canada cannot become an officially atheistic State, as was the Union of Soviet Socialist Republics or as the Peoples' Republic of China is understood to be. Some may see little difference between an atheistic State and a secular State, but it is apparent that when the former begins, as several have done, to enforce its basic principles, it must thereby suppress theistic religions and the believers who practise such religions. The fact that the political "philosophy" with its "party line" is a non-theistic religion never deters those who lust for political power and control. A secular state just leaves religion alone, with one exception, founded on pure reason.

19     The preamble to the Charter provides an important element in defining Canada, but recognition of the supremacy of God, emplaced in the supreme law of Canada, goes no further than this: it prevents the Canadian state from becoming officially atheistic. It does not make Canada a theocracy because of the enormous variety of beliefs of how God (apparently the very same deity for Jews, Christians and Muslims) wants people to behave generally and to worship in particular. The preamble's recognition of the supremacy of God, then, does not prevent Canada from being a secular state.

1... the rights and freedoms set out in it subject only to such reasonable [but not, or not necessarily, religious] limits prescribed by law [not religion] as can be demonstrably justified [again, reason, not necessarily religion] in a free and democratic society. [Underlining added.]

Thus, defining Canada as a "free and democratic" society is to avoid defining it in religious terms such as "très chrétien" or "Islamic", or the like. 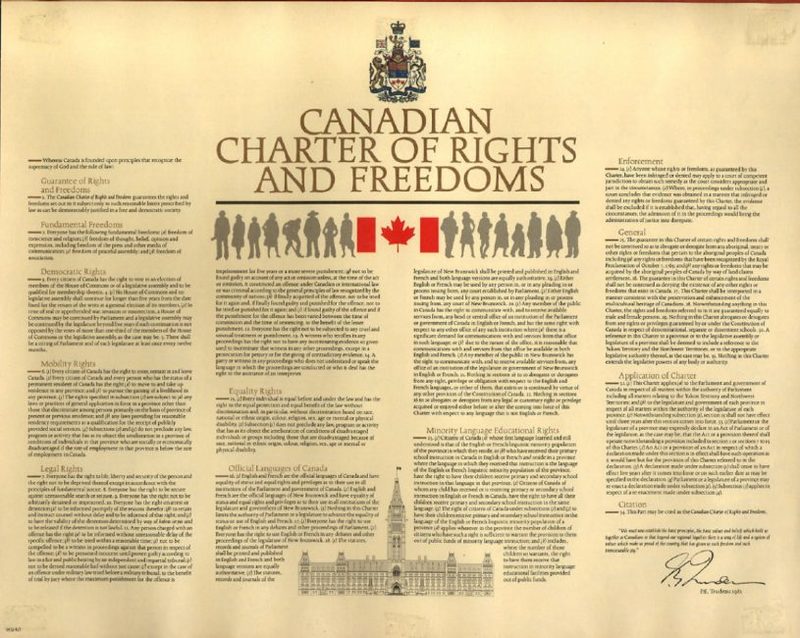 S. 2(b) of the Charter: Freedom of Religion

If nothing else, the Preamble to the Charter sets an important tone about religious freedoms in Canada: Canada will and does protect religious rights, including the right not to be religious at all.  Today's witnesses in court are not required to swear on the Bible, for example.  Witnesses giving sworn statements have the option to affirm their statement rather than to swear an oath to any God or gods.  From a religious perspective, Canada has become more inclusive and distanced itself considerably from the attitudes evident in Lord Durham's report, which advocated assimiliation of French Catholics to English Protestantism.

Section 2(b) of the Charter protects the freedom of religion.  This section provides:

2. Everyone has the following fundamental freedoms:

(a) ...
(b) freedom of thought, belief, opinion and expression, including freedom of the press and other media of communication; ... 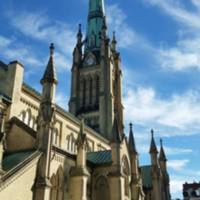