Canadian Wrongs: Jehovah's Witnesses and the Era of Rights

The Supreme Court of Canada cases involving Jehovah's Witnesses laid out a foundation for the recognition of some basic individual human rights in Canada, including the right to the freedom of religion.  These cases later became known as constituting our "implied bill of rights".

In 1960, not long after these decisions were issued, the federal government enacted a formal Bill of Rights. John Diefenbaker, prime minister from 1957-63 had supported the Witnesses’ petition for a Bill of Rights and thus was a key player in its creation.

The significance of the implied bill of rights has declined over the years, particularly after the Charter of Rights and Freedoms was adopted in 1982.  However, these cases remain important from an administrative law perspective and from the perspective of understanding the history and evolution of human rights in Canada. 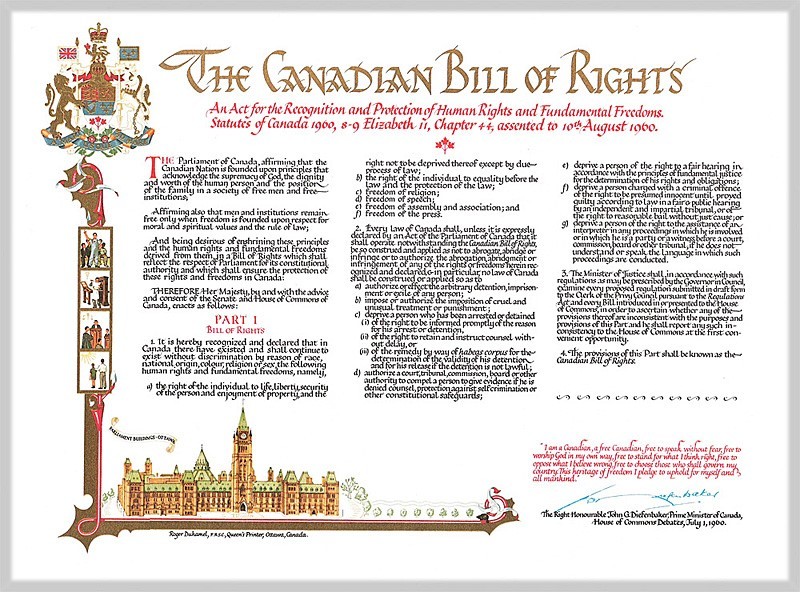 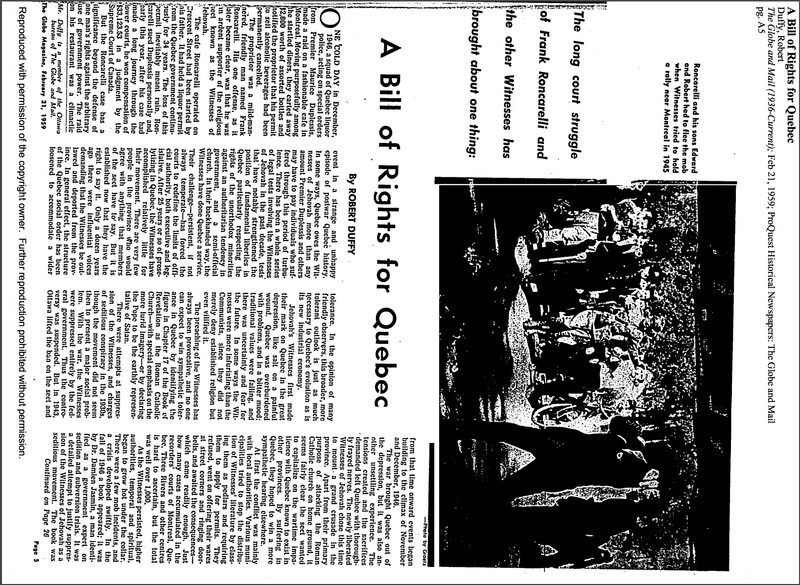