The picture below shows one of the first Syrian refugee families to land in Canada in the winter of 2015. Canada historically has been a nation of immigrants and has therefore over time developed an identity based on its acceptance of diversity among its people. Its first wave of refugees stemmed from its neighbors to the south during the American Revolution and has continued up until present day. However, that does not say Canada has always maintained a policy of inclusion; Jewish asylum seekers on board SS St. Louis, for instance, were turned away after having made their escape during the Holocaust. The present Syrian crisis has sprouted a revival of this Canadian value - as the Canadian government under Trudeau have attempted to distinguish themselves from their American counterparts. President Trump’s recent ban on several Muslim-majority countries has led Trudeau to post his contrasting response, summed up nicely in the hashtag #WelcomeToCanada. 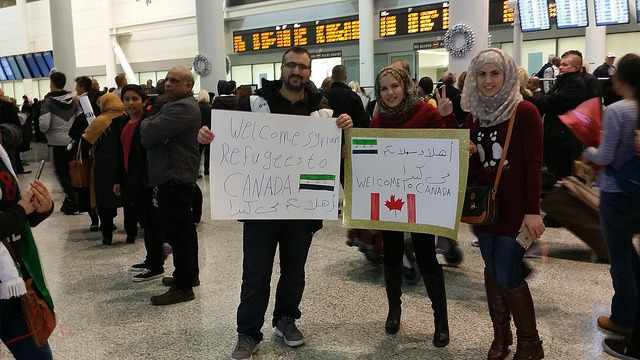