The Temporary Foreign Worker Program (TFWP) was initiated in 1973 and focused on recruiting highly specialized workers to fulfill employment vacancies in Canada. However, as illustrated in the artcile below, written over a year after the TFWP was created, the concern shifted from bringing high skilled workers to low skilled workers to “fill the jobs Canadian’s won’t do”. This article highlights the way in which the media discourse reflecting on the program began to shape and enforce the type of labour suited for a “Canadian”, and highlights the government’s intent to begin transferring labour intensive, low skill work to foreign workers, ultimately reserving those high paying jobs for full Canadian citizens.

The 1980s: Concerns and Challenges for the Canadian Workforce

The following articles take place in 1980, and highlight two predominant issues found around the time of the institution of TFWP initiated. The article on the right highlights the ongoing debate in regards to pay equity between men and women. The adjoining article on the left reflects the aftermath of one of the most significant jobs losses in Canadian history, where a majority of auto-industry workers lost their jobs as a result of a financial crisis stemming from the the United States. The articles serve to highlight the inability of the government to reconcile these labour force disputes and issues, in which the aftermath of future decisions would ultimately work towards shaping what constituted a “desirable” identity of Canadian labour capable citizens should embody. The bringing in of migrant workers significantly contributed to the shaping of labour force, but it is important to note that the environment in which this occurred fell into conjunction with these additional labour force issues that suffered at the hands of inadequate political will. 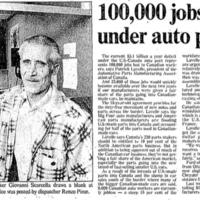 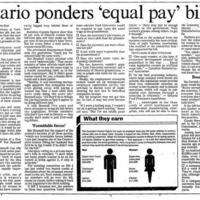 Growing Concerns about Abuses in the Program

“Temporary foreign workers left vulnerable and exposed to abuse”: This report by CityNews provides a general oversight to a variety of abuses and horrific work place conditions experienced by temporary foreign migrant workers. Although Canada is praised internationally for its immigration system, the report sheds light on this dark area of immigration that works to mold and shape the type of labour force identity Canada strives for.

Migrant workers who arrive in Canada via the Temporary Foreign Workers Program have played an integral role in the Canadian economy.  However, they often lack the same basic protections and rights that Canadian workers enjoy.  What's more, their path to permanent residency is complicated, long, and not guaranteed, unlike other people who arrive as landed immigrants.  Given the contribution that these workers make to the Canadian economy and to Canadian society, is it fair to treat these workers in this way? 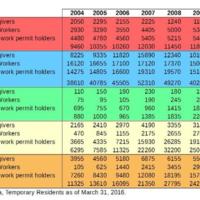 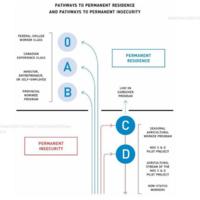