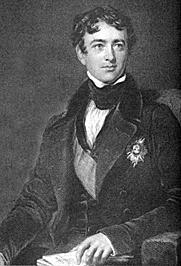 In 1837, Lord Durham was the governor general of British North America.  He was asked to write a report following the rebellions of Upper and Lower Canada.  It was very controversial and created strife between himself and French Canadians.  Durham believed the main reason for the rebellions was ethnic differences (religion being a large portion of ethnic identity) so he proposed the cultural assimilation of Quebec to the rest of Canada as a way to unify the colony (Mills, 2006). Lord Durham reported:

“The language, the laws and the character of the North American continent are English, and every other race than the English race is in a state of inferiority.  It is in order to release them from this inferiority that I wish to give the Canadians our English character.” (“1839: Lord Durhams Report”, 2001).

The report was significant because it demonstrated an intent to assimilate the French in Canada in the hopes of making a stable nation.  From the perspective of Quebec, maintaining its distinct heritage has been a battle since France ceded New France to the English in 1763 following the Treaty of Paris. Lord Durham's report was another battlefield in the war against assimiliation.