Canadian Wrongs: What Led to the Internment of Japanese-Canadians?

Examining the Factors that Led to Japanese Internment and Deportation

This section entails an investigation of some of the possible reasons behind the internment and deportation of Japanese-Canadians from 1941-1949. Examples of such reasons include the attitudes towards Japanese-Canadians during that time, as well as the impact of WWII. A brief exploration/analysis of these reasons will be presented at the end of this section. 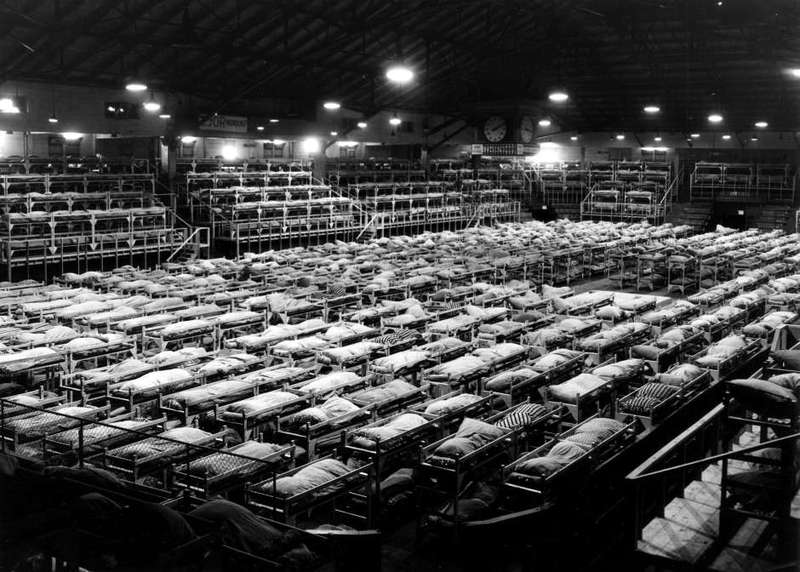 Many of the sources below are from newspapers published in B.C. during the 1940s. These sources give an idea of the overall perception and attitude towards Japanese-Canadians at the time. Such attitudes may have ended up playing a large role in the internment and deportation of Japanese-Canadians. 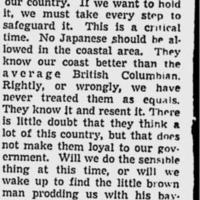 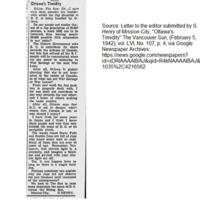 David Suzuki: “There was a lot of fear [of] the Japanese…there were a lot of people who resented their abilities as farmers and fishermen and saw an opportunity to get rid of this threat… There has always been a tradition of racism towards Asians in British Columbia…”[1]

“I shall not contribute to the war effort…until every male Jap, yes, even the over 45’s, is removed from the protected areas, and I know of many others who are taking the same stand…You see I might need [my money] when Ottawa evacuates us poor white trash across the mountains to make more room and less annoyance for the darling little Japs.”[2]

“When some of our people [in B.C.] used to complain [about the Japanese], the rest of the country blandly went its way, oblivious… Every part of Canada [from now on], let us hope, will have a taste of what up to now has been a local problem. And, we trust, it will be the permanent policy of our government at Ottawa, when the war is won, that immigration of racially unassimilable peoples be stopped.”[3]

“If the Japanese do not go to the Okanagan they will go elsewhere and one part of the country is as much entitled to protection from them as any other. The policy of wisdom would be to encourage these people to spread themselves widely… Thus, the problem, if not solved, can be diluted.”[4]

Impact of the War

Below are various additional vignettes that help to illustrate the impact that World War II had on the internment and deportation of Japanese-Canadians.

One B.C. delegate admitted to Maurice Pope (military staff officer to Prime Minister King during WWII) that WWII was a “heaven-sent opportunity to rid themselves of the Japanese economic menace”.[1]

David Suzuki: “There was a lot of fear on the part of the whites that [the Japanese] would constitute a very powerful ‘Fifth Column’ or group concerned with helping the Japanese military.”[2]

The British Columbia delegation “unanimously declared that they did not trust persons of Japanese racial origin...”[3]

Hugh L Keenleyside (secretary and chairman of the Permanent Joint Board on Defence): “The whole operation was a cheap and needless capitulation to popular prejudice fanned by political bigotry or ambition or both.”[4]

“…Imagine a blackout and air-raid with your electric light cut off. Yes, it can happen [in Vancouver] as long as there is a single male Jap.”[5]

[3] “The Decision to Uproot Japanese Canadians,” The Politics of Racism, accessed January 27, 2017, http://www.japanesecanadianhistory.ca/Chapter2.html. 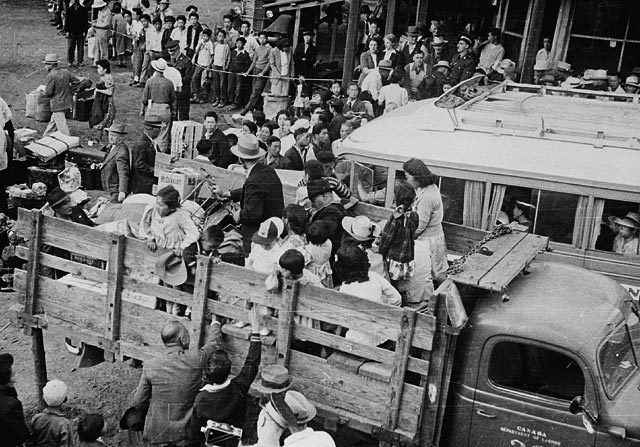 As the above illustrates, it is evident that there were prevailing racist attitudes towards Japanese-Canadians during the 1940s, with many labeling them as “problems” or “menaces”. The existing resentment toward Japanese-Canadians was likely further fueled by fear and the imminent threats of war. The impact of Japan’s entry into WWII and the attack on Pearl Harbor likely acted as a godsend for anti-Japanese propaganda, intensifying the fear, distrust, and racist sentiments. Such feelings likely accounted for the haste in the campaign to uproot Japanese-Canadians, which took only 12 weeks despite opposition from the military, RCMP and Department of External Affairs.[1] Ultimately, attitudes towards Japanese-Canadians and the impact of WWII are likely just some of the many possible factors behind the internment and deportation of Japanese-Canadians.