Canadian Women and the Law: A Selection of Cases 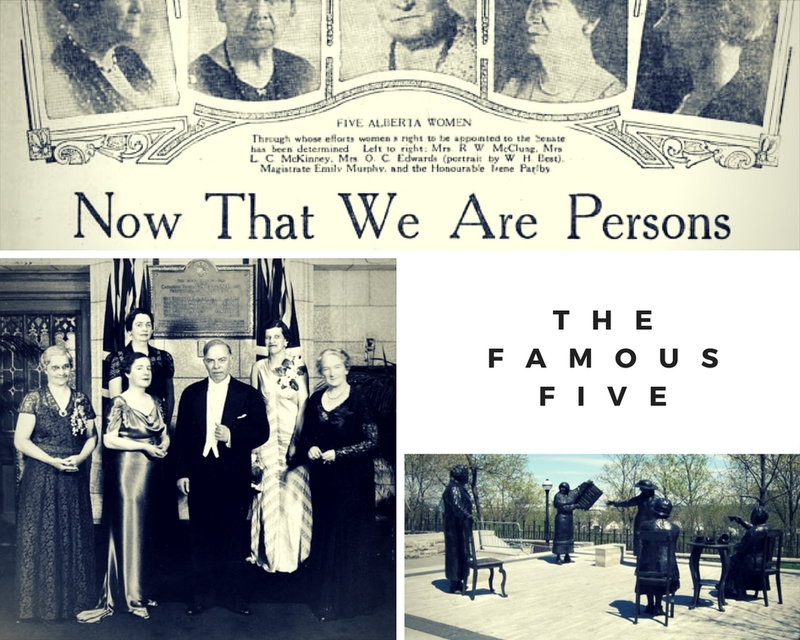 Collage representing the Famous Five and the Persons

“The governor general shall from time to time, in the Queen's name, by instrument under the Great Seal of Canada, summon qualified persons to the Senate; and, subject to the provisions of this Act, every person so summoned shall become and be a member of the Senate and a senator.”

This provision raised the question of whether women were actually considered "persons" under the law.  The Famous Five appealed a 1928 Supreme Court of Canada ruling that held that women were not considered to be “persons” according to the British North America Act. They appealed to the Judicial Committee of the Privy Council of England, which was at that time, the highest court of appeal in Canada.  The JCPC reversed the decision of Canada's Supreme Court. The reversal of the Supreme Court’s decision allowed woman to be appointed to the Senate, allowing them to work in both the House of Commons and the Upper House. Further, this shift in the definition of ‘persons’ allowed women to assert that they could not be denied basic human rights 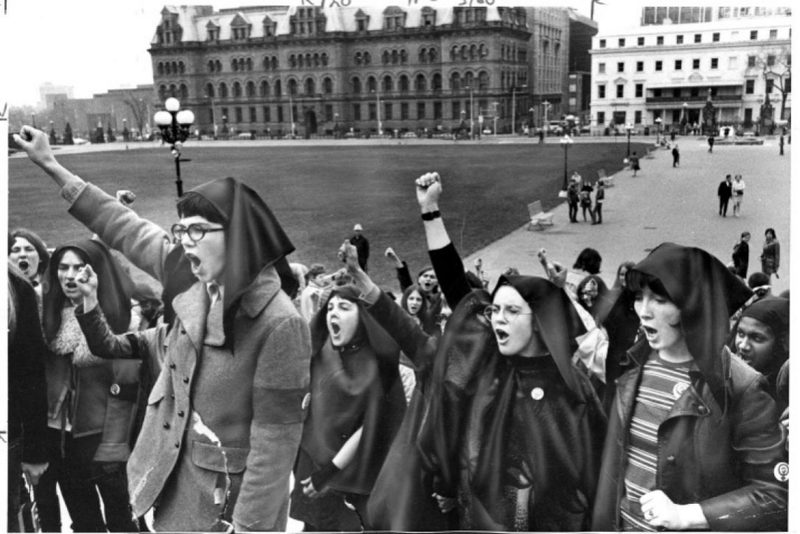 Women protesting the Criminal Code on abortion outside of the House of Commons in 1970.

Until 1988, Section 251(4) of the Criminal Code of Canada prohibited “abortions being performed upon women who have not obtained a certificate from a therapeutic abortion committee of an accredited or approved hospital.” R v. Morgentaler, [1988] 1 SCR 30 was a groundbreaking appeal heard by the Supreme Court of Canada, which ruled that Section 251(4) was in fact unconstitutional. The five majority justices determined that this section of the Criminal Code violated Section 7 of the Canadian Charter of Rights and Freedoms which says, “Everyone has the right to life, liberty and security of the person and the right not to be deprived thereof except in accordance with the principles of fundamental justice.” The majority decision explained that this provision of the Criminal Code causes psychological, physical, and emotional risks to women as well as forced women to carry fetuses despite their wish to terminate which ultimately violates their right to liberty as well as security.

In Symes v. Canada,[1993] 4 S.C.R., Elizabeth Symes, a female Canadian lawyer, challenged a decision of the Canadian Revenue Agency after it retroactively disallowed her deductions of childcare costs from her personal income tax return. Symes had however originally been allowed to deduct the costs as a business expense. The case was first appealed to the Federal Court, which ruled in favour of Symes declaring the expenses as legitimate business expenses. The case was then appealed to the Supreme Court of Canada, where the Federal Court’s ruling was overturned. The Symes Tax case is notable in Canadian women’s history as it depicts an issue firmly intersected with gender, however the judges deciding the case were comprised of seven male judges and two females.  The Court's decision in favour of the Canadian Revenue Agency was divided along gender: seven men to two women in dissent.

A reassessment of the case done by the Women’s Court of Canada, a “[court seeking] to interpret Canadian law through a more nuanced lens that considers the different circumstances faced by women and other ‘disenfranchised groups’,” explained that social context must be included in tax policy. The Women’s Court “reverses the decision of the Supreme Court and holds that businesspeople who legitimately incur childcare expenses for the purpose of gaining or producing income from business must not be deprived of the benefit of a business deduction for their expenses.” (The Toronto Star)

The Supreme Court of Canada's decision in Symes v. Canada

The Women's Court of Canada in Symes v. Canada