Plans and Promises for Reform

During his campaign, Justin Trudeau promised to implement a five-point plan to amend the Temporary Foreign Worker Program as a direct response to public backlash after the Conservative’s new harsher policy measures. The extent to which the campaign promise was fulfilled is questionable. 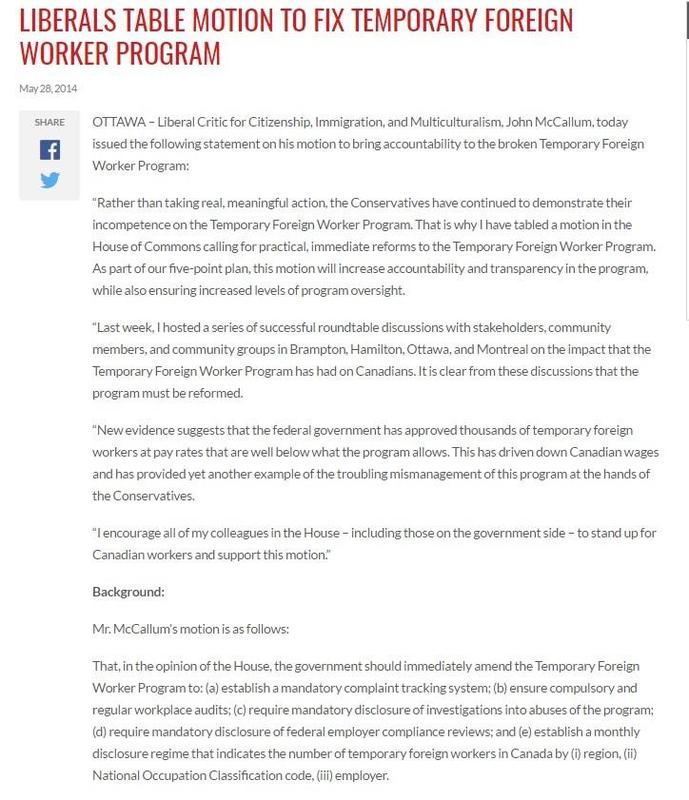 This segment of The Stream by Al Jazeera provides insight on concerns about the Temporary Foreign Worker Programs and the direction reforms should take in order to fall in line with Canadian values. The video notes conflicting public views about the purpose of the TFWP and to what extent Canadian’s have a responsibility to care for these workers.  In particular, one view highlights that the TFWP is necessary simply because Canadian’s refuse to take low-skilled jobs; a direct response in line with the identity of the labour force Canadians have deemed appropriate for their status as a Canadian.