The Magna Carta: The Beginning of the Rule of Law 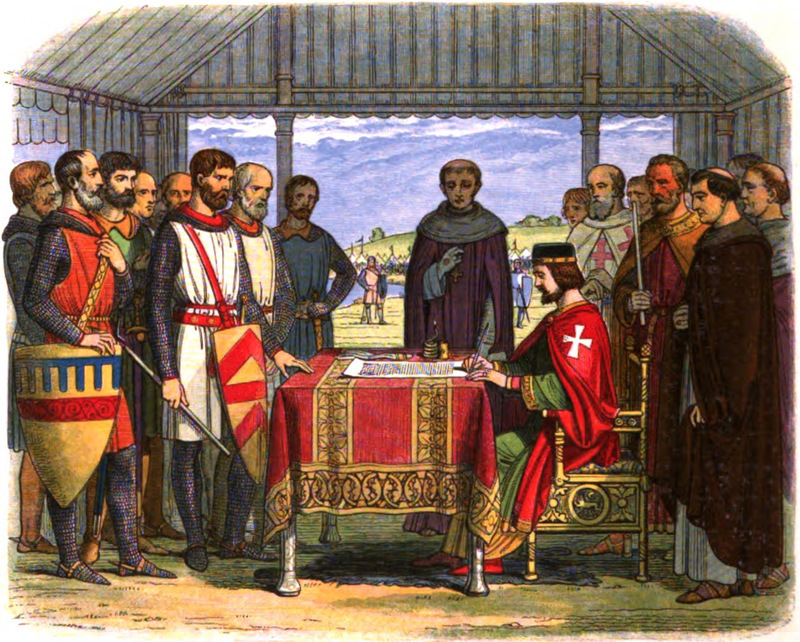 This painting by James William Edmund Doyle in 1864 depicts King John of England signing the Magna Carta in 1215 (Fig. 2).  The Magna Carta is considered to be the first declaration in Western history to impose the rule of law.  By signing this document, King John conceded that he as King of England was subject to the laws of the realm like every other citizen.  From 1215 onward, no British citizen, and eventually Canadian citizen, no matter their political position could ever be above the law.  The rule of law is a Canadian legal value steeped in almost a millennia of common law tradition stemming from the signing of the Magna Carta.